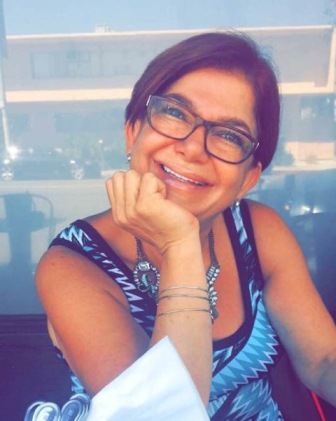 The world lost a bright light on July 11, 2016 when Zovinar Mehranbod passed away unexpectedly. She will be missed by countless family and friends, but long remembered as a vibrant woman who make those around her happier just by being with them. Zovinar was born in Beirut, Lebanon in 1958, the second daughter of Vartouhie and Artine Danielian. In 1979, she immigrated to the United States, moving to Southern California and settling in the South Bay. In 1991, she married the love of her life Sean Mehranbod, born in Shiraz, Iran, after meeting each other at a restaurant in Redondo Beach. They lived in Redondo Beach for 29 years and have two children together. Zovinar loved her Armenian community and had just returned from a visit to Armenia with her two daughters less than a week before her death. She dedicated most of her adult life to community service. Whether it be through the Parent Teacher Association (PTA) of her daughters' schools, their soccer teams, or many other volunteer opportunities, Zovinar always focused on bettering the lives of those around her. She was dynamic in every setting she chose. While she loved traveling, she was also perfectly happy cooking in her kitchen, surrounded by her friends and family, with a glass of wine and Andrea Bocelli's voice filling the house. She is survived by her husband Sean, and her two daughters, Christina (22), and Claudia (19); her mother, Vartouhie Danielian, and her in-laws, Mansour Mehranbod and Badri Khoddam. She also leaves a sister, Margaret Serkoshian, nephew, Sebouh Serkoshian, and niece Lisa Manuelian, and her husband Sevag Manuelian, as well as her brother Kevork Danielian, and his wife, Jannette Danielian. Burial services are private. A memorial service will held at Tuesday, July 19, 2016, at 1pm at the La Venta Inn, 796 Vía Del Monte, Palos Verdes Estates, CA 90274. Flowers may be sent to the La Venta Inn, or donations to a favorite charity may be made in her name.