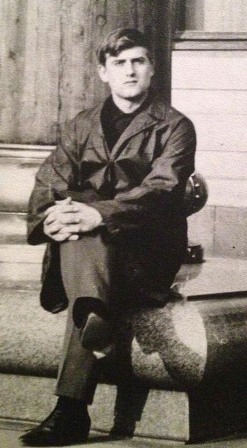 Zdenek Jaroslav Hradecky, a 43 year resident of Redondo Beach, passed away on Friday, February 1st, 2013. Born in Prague, Czech Republic, Zdenek was 63 when he died. Zdenek, or Zenny, had an independent soul and an adventurous spirit. He immigrated solo from Prague to the United States at only 20 years old in 1969. As a younger man he was an avid soccer player, fisherman and loved cooking. The first time he saw the Pacific Ocean in early 1970 he jumped in fully clothed; he knew he found his new home. He loved soccer, fishing, cooking and classic rock music. He remained in Redondo Beach where he married and raised his two children. His interest in travel manifested itself in a 33 year career with PSA / USAirways. He will be missed as he travels on. Zdenek is survived by his sister, Marie Hradecka of Prague, CZ; daughter, Cassandra Hradecky of Redondo Beach, CA and son, Jonathan Hradecky of San Francisco, CA. He was preceded in death by his wife of 25 years, Sandra and his parents, Marie and Vladimir Hradecky of Prague, Czech Republic. The Memorial Service will be held at Rice Mortuary on Friday February 15, 2013 at 2:00 p.m. A reception follows in Rice's Lighthouse Reception Room until 5:00 pm. Burial will be private.