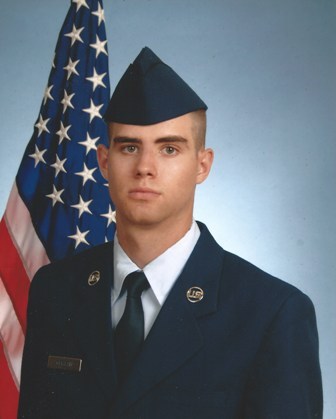 Zachary Ryan Certain, 22, of Great Falls, MT passed away while stationed at McChord AFB, Washington on January 1, 2014. He was born on January 19, 1991 to Angela (Shaw)Kowal and Todd Anthony Certain. He was raised there until Angela married Michael Kowal in 1997 and moved to Lompoc, California. He grew up in a military lifestyle moving to different places until he graduated in Mojave, California in June of 2009. In July 2009, he joined the AF and was stationed at Yokota AFB, in Japan as an Emergency Readiness Journeyman. During his leave in 2010 he met Mariah and they quickly fell in love. On Feb 25, 2012, he married his best friend Mariah Alyssia (Garcia) Certain. They started their lives together at McChord AFB in Washington where they went on to make many amazing memories and friends who quickly became family. Zach enjoyed automobiles, guitars, his wife's cooking and playing video games. He was a very caring person and loved to laugh and tell jokes. His smile always lit up the room. Survivors include his wife Mariah Certain of Torrance CA and their fur child Loomis Certain, his mother, Angela Kowal; his father, Todd Certain, his stepfather, Michael Kowal, his sister, Amber Elizabeth Kowal; his grandmother Trina Shaw; his mother-in-law, Denise VonRoishmandt, his step father-in-law Johann VonRoishmandt; father-in-law, Rey Garcia, his brother-in-law Christopher Garcia, and many other family members and friends.