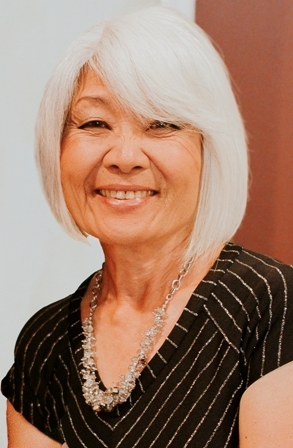 On December 27, 2016, Yoshie passed away with her family by her side, at Harbor-UCLA Medical Center in Torrance, CA as a result of injuries received in a pedestrian-motorist accident a week earlier. Yoshie Taniguchi Teuffel was born in Tokyo on May 11, 1948. She was the youngest of six children, daughter to Takeo and Yoshiko Taniguchi. Before moving to Los Angeles in 1979, she majored in flute and graduated from the Tokyo University of Fine Arts and Music in Japan. She performed as a soloist with orchestras, gave recitals, and had a memorable career as a flute teacher and performer that spanned over four decades through the week of her accident. She married her husband Burk in 1981 in Los Angeles and had daughter Monika in 1984 before settling down at their residence in Gardena, CA nearly 30 years ago. She also currently enjoyed leading a very active lifestyle playing Japanese taiko drums with the Yuujou Daiko performance group, dancing at her weekly Zumba exercise classes, and taking care of her energetic and beloved dog Kona. In addition, she loved going on camping trips with her family, weaving intricate baskets made of pine needles, creating glazed ceramics and Japanese brush calligraphy. She also lovingly sewed, crocheted and knitted for her family and friends, as women at the heart of families often do. Her craftsmanship in everything that she created was a reflection of her virtues - devoted, resourceful, thoughtful, unpretentious and honest. She will be remembered for being a selfless nurturer always, first and foremost, and was known for her fun-loving energy, humor, and distinctly genuine kindness. She is survived by her husband Burk, daughter Monika, son-in-law Caleb Moorlach, sister Hiroko Taniguchi, sister Nobuko Otani, brother and sister-in-law Hiroyasu and Hisako Taniguchi, sister Katsuko Sugihara, and several nieces and nephews. She was 68 years young.