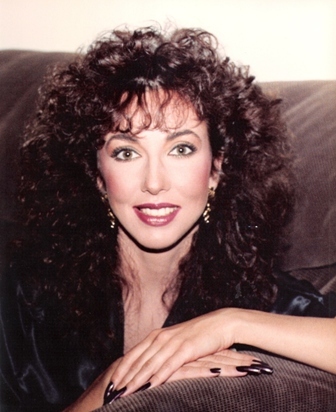 Yolanta Mary Leonakis "Yola" October 16, 1960 – February 5, 2014 Beloved wife and daughter, Yolanta passed away at home in Redondo Beach, peacefully in her sleep from failing health at 53 years of age. Yolanta was born and blossomed in Chicago, Illinois to loving parents Tatiana (Satarowa) and Walter Oczos. She was preceded in death by her father and brother Ted, 38 years old. Yolanta enjoyed volunteer work at the Marine Mammal Care Center at Fort Mac Arthur, San Pedro, CA caring for elephant seals, sea lions and harbor seals. She also volunteered in Africa for Born Free. An animal lover, she rescued any parakeet, hamster, chicken, iguana, pit bull, raccoon, stray, stranded, orphaned, or abandoned animal that came to her. Ninety-eight pound Yolanta once petted the largest bull elephant seal on his proboscis in a mattress of elephant seals on the beach, an act of affection that later got her a stunt man tee shirt from a stunt man who didn't know of anyone who would do that. She loved to dance professionally and taught dance in the South Bay. She was artistic at everything she did. She graduated from Maria Kaupus High School and the University of Illinois Chicago Circle Campus (BS Chemistry) where she met and married her husband of 30 years, George Larry Leonakis. She worked for the Office of Grants Management for the Department of Health and Human Services while she was in school. She moved to Redondo Beach, California with her husband in 1984 and worked at Hughes Aircraft Company. While there, she worked as a software engineer and earned a second degree in Math and Computer Science. Yolanta is survived by her husband Larry and mother Tatiana. Send flowers to her at her house or Rice Mortuary of Torrance, California. In lieu of flowers, donations may be made to the Marine Mammal Care Center 3601 S. Gaffey, San Pedro, CA 90731 tel. 310-548-5677. She will be interned at sea by the Neptune Society. It was a marvel to know her. May her memory be eternal. Contact Larry, Drlarrysedation@aol.com cell 310-963-5279.