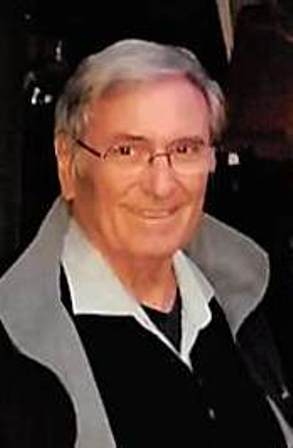 It is with a heavy heart that the family of Xenophon George Glavas, “Zene”, announce that he peacefully passed away of a sudden illness on June 20, 2018. He was surrounded by his family. Zene was born in Kani, Greece in February of 1942 during WW11. He immigrated to America with his father, George, and his two sisters, Panigiota and Anastasia when he was seven. The family was reunited in Holyoke, Massachusetts, where his mother, Mary, and two other siblings, Demetrios and Constance had immigrated two years prior to escape the Germans. Mary was also pregnant at the time with Bessie, another sister. He was active in the Holyoke Boy’s Club, graduated from Holyoke High School and attended the University of Massachusetts, Amherst, where he met his wife, Pamela Chace. He served in the Navy as an aviation navigator during the Vietnam War and was awarded a Silver Star. He reached the rank of Captain in the US Navy. Upon graduation from San Diego State University, he worked in the aerospace and undersea industries as mechanical engineer and project manager at Naval Electronics Lab, ITT, and TRW/ESL/Northrup until his retirement. He was awarded two patents for his work in fiber optics. In retirement he was an avid political debater, a member of several political blogs and a worldwide traveler. He also loved to read and walk on the beach. He is predeceased by his son Matthew Glavas and survived by his wife of 53 years, Pamela: his daughter, Elizabeth and her husband, Susan Jahan-Parwar; his son, Steven, and his wife Elin Glavas; eight precious grandchildren, whom he loved dearly; his brother, Demetrios Glavas; two sisters, Constance Glavas and Bessie Glavas; and several nieces and nephews. His funeral was held at St. Katherine Greek Orthodox Church on June 27, 2018 with burial following at Green Hills Memorial Park in Rancho Palos Verdes, CA 90275.