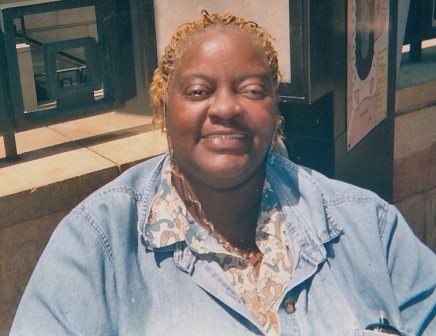 On January 4th, 1957, a precious baby girl name Wyveene Marisha Weston was born to the proud parents, Rosie Elizabeth Ivra and George Weston. She was born and raised in Memphis, Tennessee with her four sisters, Augustine Ivra, Rose "Jeanette" Ivra, Sharron Mack, Linny Weston, and their baby brother Charles Martin. She had the opportunity to live in California, Las Vegas, and New York. She had an exciting career. She worked in Hollywood at one of the biggest Studios, drove the school bus in New York, worked for some of the biggest Hotels in Las Vegas and was a gainful employee for The Los Angeles Unified School District. Wyveene A.K.A. Tiny married in her thirties to Bruce Wicks. She loved being a wife and spending time with her family. Coming from a large family she enjoyed being a part of their lives. Wyveene is survived by two aunts, Eula (Aunt Bea) Boyd and Bessie Bobo. She leaves behind five living nephews, one deceased, four nieces, and a host of great nieces, nephews, and cousins. Her mother Rosie Martin, brother Charles Martin, and sister Rose Ivra preceded her in death. Wyveene Wicks went through hardships and struggles just like anyone else but her spirituality brought her out of darkness into the light. She had her Ivra family and sisters when she was feeling lonely. Augustine Ivra the oldest sister was always there to call and talk to no matter what. Rose "Jeanette" Ivra gave her guidance when she needed it. Sharron Mack was there when she needed to escape and be around family. Linny Weston the baby sister was like a daughter to Wyveene. Their beloved brother Charles Martin was always there even when he wasn't. Her sister and brother Georgianna Weston and Ky Weston on her father side didn't get a chance to know the caring and witty Wyveene that we all knew. Las Vegas was like a second home to Tiny. After working for years at a Hotel in Las Vegas her and Bruce Wicks parted and went their separate ways. She returned back to California in the late '90s. She would still take trips back to Vegas from time to time with her Aunt Bessie or even by herself to get away and have a good time. Wyveene was a born again Christian and stayed heavy in prayer. If there was one thing she knew, it was the LORD and she always encouraged others to get to know him. These things have I spoken unto you, that my joy might remain in you, and that your joy might be full. John 15:11