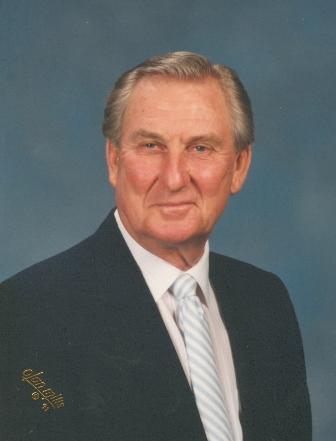 Winston "Wink" Hanks, a 64 year resident of Redondo Beach, passed away on Thursday, January 19, 2012 in his home. Born in Shelby, Mississippi, Wink was 83 when he died. Wink had served in the Navy and was a member of St. James Catholic Church. Wink graduated from Redondo Union HS and Cal State Long Beach with a degree in Mechanical Engineering. He worked as a draftsman for Midland Rubber and later as an engineer at Shell Chemical and Shell Oil. Wink loved to travel and take his family to the beach. He loved to play tennis and golf. A passionate football fan and usher for the LA Rams, USC Trojans, and UCLA Bruins.Wink had a quick wit, a great sense of humor, and strong family values. He will be missed by all that knew him. Wink is survived and loved by his wife, Rosemary Hanks, his sister Abbie Evans and seven children, Mark Hanks, Sandra Seapy, Michael Hanks, Father Gregory Hanks, Toni Pearson, Cheryl Hanks, and Tracey Sarkisian, and his seventeen grandchildren. He was preceded in death by: parents , Abbie and Robert Hanks. A gathering of family and friends will be held at Rice Mortuary on Sunday, January 22, 2012 from 2:00 p.m. until 6:00 p.m. with the Rosary being recited at 4:00 p.m. The Service will be held at St. James Catholic Church Monday, January 23, 2012 at 10:00 am with a reception in St. James Kavenaugh Hall from 11:30 am until 1:30 p.m. Burial will follow at Green Hills Memorial Park in Rancho Palos Verdes. In lieu of flowers, donations may be made to Saint Vincent De Paul at www.SVDPLA.org.