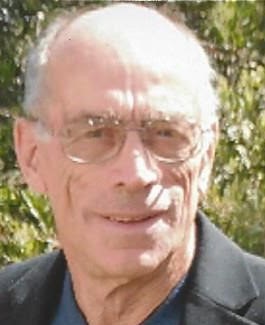 William Victor Chalk (Bill), a longtime resident of the South Bay, passed away at home on August 9, 2018 at age 79 surrounded by wife and children. Born in London, England in 1939 on the eve of World War II, Bill was the third of four children. Bill became an apprentice electrician at the age of 15 and spent the next forty-five years in the construction industry, eventually managing large-scale projects such as the Los Angeles Convention Center. He took a brief two-year hiatus from the construction industry when he was drafted in the British Army, where he spent most of his time running track and chasing the world record in the 800M. Bill followed his beloved sister to Manhattan Beach in 1968 and remained in the South Bay for the rest of his life. Bill married his wife, Maureen, in 1970 and remained married until her death in 2012, and raised four children in the meantime. Bill could be found spending his spare time coaching and refereeing AYSO soccer, leading Boy Scout backpacking trips, golfing, or cheering on his beloved Tottenham Hotspur. Bill and Maureen were also heavily involved with American Martyrs Catholic Church where Bill provided care to people through Stephen Ministries. In 2014, Bill married Jan Long, and the two spent four great years together traveling and spending quality time with each other’s families. Bill is survived by his wife Jan Long Chalk; son Liam Chalk (and wife Tara) of Fort Wayne, IN; son Kevin Chalk of Culver City, CA; daughter Janel Anderson (and husband John) of Chula Vista, CA; and son Sean Chalk of Washington, DC as well as five wonderful grandchildren. Bill is also survived by his sister Maureen Butters (and husband Mike) of Manhattan Beach, CA and brother Jim Chalk (and wife Patricia) of Milton Keynes, England. Bill was preceded in death by his parents William and Mary Chalk, and brother Peter Chalk. The celebration of life will be held at American Martyrs Catholic Church on Saturday, August 18, 2018 at 11:00 a.m. Burial will be at Holy Cross Cemetery in Culver City at a later date. In lieu of flowers, donations may be made to Back on My Feet LA