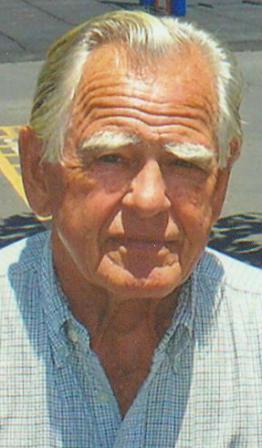 William Urias Page took his final breath on July 3rd, 2016 at the age of 87. William "Bill" spent his childhood on the farm in Soperton, Georgia, where he picked cotton, swam in the nearby swimming hole, and looked out for his siblings like, as some have said, a mother hen. In his teens, he got a job aboard a ship transporting livestock to Europe after WWII and spent some time in Italy before joining the Navy and serving 3 years. He also spent some time logging trees in Oregon before settling in Torrance, California and obtaining a position at Lucky market. In 1964 Bill married Madeleine Therese Delagrave, a beautiful nurse who lived in the same apartment building. In 1966 they purchased their home in Torrance, where they had two children, celebrated holidays and birthdays, entertained out of town guests, and enjoyed visits with their grandchildren until just last week, when they moved to Brittany House in Long Beach. Bill was a devoted family man and spent most of his adult years tending to his flock, attending the occasional horse race, and, in later years, enjoying road trips to Palm Springs and other Southern California locales, as well as visits with family in New York, Georgia, Texas, and Canada. A meat cutter by trade, he was known amongst family and friends as a great cook and nothing pleased him more than feeding his family a delicious meal. Beef stew, chicken and dumplings, and black-eyed peas were some of his specialties, and he also cooked all of the holiday turkeys and hams. His own worst critic, he could be very hard on himself if his meal didn't turn out exactly like he wanted it to; no one else could taste the difference but he sure did. Bill will be missed by his family for many reasons, but especially his sense of humor, devotion to family, and the many meals he prepared which offered nourishment, comfort, and love to all those who sat at his table. He is survived by his wife, Madeleine, brothers John Rube and Joseph Hollic, sister Madie Lou "Boots" Oehlerts, daughter Elizabeth Mary, son Michael William, and grandchildren Julian Guillermo Robles, Mateo William Robles, Atila William, and Alpaslan William. May he rest in peace as he joins his parents, William Urias Page, Sr. and Madie Lou Page (Hutcheson), his brothers Nathan Hubert, Estus Ray, and Ronnie Neal, and sister Mamie Etta Becker in eternal life in Heaven. In lieu of flowers, donations may be made in William's honor to the Brain and Behavior Research Foundation via the following link: Brain and Behavior Research Foundation