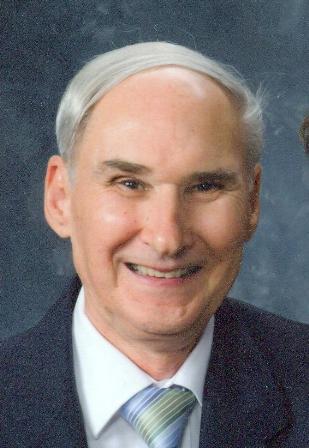 William Thomas Wall, III July 26, 1943 - January 20, 2016 Bill Wall, husband of Betty Wall, passed away peacefully on January 20th. He met Betty in 1968 while serving as an officer in the U. S. Army in Germany, where he received the Army Commendation Medal. They returned annually to Europe in later years to walk the Camino de Compostela as a faith journey over eight years. Bill and Betty were married for 47 years. After graduating in 1961 from Mission High School in San Luis Obispo, Bill attended Loyola University in Los Angeles where he received a B.S. in Accounting. He was a loyal lion and a supporter of LMU Basketball for fifty years, Golden Lion Class of 1965. He was a dedicated fan and enjoyed attending games with his wife and children. As a CPA he quickly became partner in 1977 at Kellogg & Andelson Accountancy Corp. where he worked for 47 years and established lifelong friendships with his clients, partners and staff. A longtime member of CPA Associates International, he had served on the board of directors. Growing up in San Luis Obispo, Bill enjoyed many adventures with his siblings, Kathleen, Robert, Michael, Richard and Karen, and cousins exploring their family ranch. He worked with his extended family and the Nature Conservancy to transfer the Andre Ranch into a conservation easement and nature preserve. Protecting and preserving the property in perpetuity for generations to come. Bill was the baby whisperer to six grandchildren, a technique he mastered while raising five children Laurie, William, Keith, Estelle and Aimee. Bill was a beloved uncle to many nephews and nieces, and mentor to his extended family. Bill had a good ear and always gave a genuine and thoughtful response. A loving, generous and gentle soul of great pride and integrity, he was greatly loved and will be missed. Funeral services will be on February 5th at 1 p.m. at Saint John Fisher Church in Rancho Palos Verdes where he was a devoted parishioner for over 40 years. Tributes in William T. Wall's memory can be made to the LMU Basketball Lions Athletic Fund. http://www.lmulions.com/boosters/WeAreLMU.html.