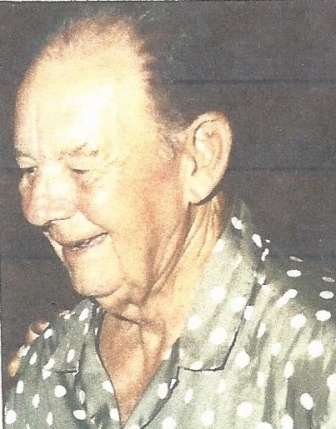 William Joseph Miller, Sr. June 10, 1917 – November 1, 2015 On June 10, 1917, William "Bill" Miller was born in Brooklyn, New York, the middle child of three, to Stanley Aloysius and Mary Ellen Miller. Bill moved with his family to Cambridge, Massachusetts at a young age. There, he attended Boston Latin High School and graduated from Boston College in 1941. Shortly after, he met his wife, Florence L. Munsell, in Coeur d'Alene, Idaho, and the two were married in Jackson, Mississippi, on December 26, 1942. During World War II, Bill was a contractor with the Army Air Corp of Engineers and was assigned to Greenland and the Azores. In 1947, Bill moved his family to Compton, California, and then to the South Bay in 1948. During the latter half of his life, Bill shared his time between Kauai and Southern California. Bill was a loving father of nine children, seventeen grandchildren, and ten great-grandchildren. A devout Roman Catholic, Bill was an excellent provider and continually placed his faith and family above all other concerns. Words alone fail to capture the breadth of Bill's life. While his death leaves a heartache that is difficult to heal, his life leaves a loving memory for all. Visitation services for William will be held on Thursday, November 5, 2015 from 5:00 pm to 9:00 pm and Rosary at 7:00 pm, at Rice Mortuary, Torrance, California. Funeral Mass will be held on Friday, November 6, 2015 at 1:30 pm, at St. Lawrence Martyr Church, Redondo Beach, California with a committal service immediately following the Mass at Green Hills Memorial Park, Rancho Palos Verdes, California. 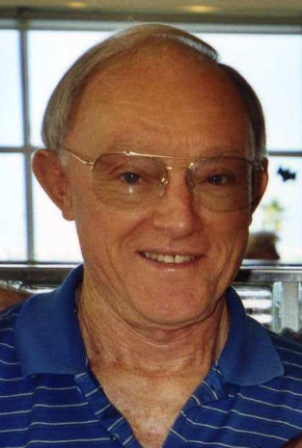 My father, Bill, passed away on August 24, 2014. He was 82. Words feel an inadequate tool to express how much he is missed. I have heard it said by others that their fathers were their heroes. I never considered my father as such; it seemed anathema to the man he was. In his unassuming soul, he was the anti-hero. A man who wished to call as little attention to himself as possible, he was distinctly displeased whenever he had the misfortune of encountering a fuss on his behalf. He was not flashy. He was not vain. He was, however, stubborn - often to the chagrin of others - about his desire to ensure that his life did not demand attentions that could be better spent elsewhere - on his wife, on his son, or on his beloved granddaughters. To hear him speak, he was possessed once of a wild and impetuous youthfulness, though in the telling of those times, the years between "then" and "now" seemed legion. The man I knew was an "old soul." We did, of course, share many of the memories that make up a life. My dad was determined that we should play as father and son are meant to do, and my remembrances are full with laughter, and smiles, and the cherished moments that told me without words that I was well and truly loved. I have no shortage of these recollections. Yet what stands out most as I consider a father's life from a son's perspective is the devotion he held to responsibility. He cleaved to it as if it were a lifelong friend that came to visit and never left. His shoulders never once slouched across the decades, either literally or figuratively. Perhaps it was his military training, or perhaps it had been his nature all along. If he ever once failed to give his all, I was not there to witness it. Steady and reliable in all things. Consistent. A man who could be counted on no matter the circumstance. That was my father. The sameness of his character was a constant; the gentle humor, the sneaky, dry wit, and the kindness were as steadfast as his fidelity to doing what was right. He was not a perfect soul, for who among us is? He knew his own weaknesses and had no trouble laughing at them. It was his strengths he tried so hard to conceal. But I saw them. I learned from them. I admired them. And I will hold them close, and I will give my all to emulate them. For the more I consider the totality of my father, the more I appreciate "the long game" - all those things that men of honor do, some of which they do with pleasure, and some of which they do for love. Going to work each day to provide for a family. Being honest and kind in a world that doesn't always provoke such ways. Being there, day after day, year after year... first when it was easy, and even when it had become far, far too hard. The loving of a wife. The patient sculpting of a son. The adoration of a grandchild. These were my father's contributions to the world, and he was unfailing in their application. Now, as I consider the sum of his life, it comes so clearly to me: My father was my hero all along.