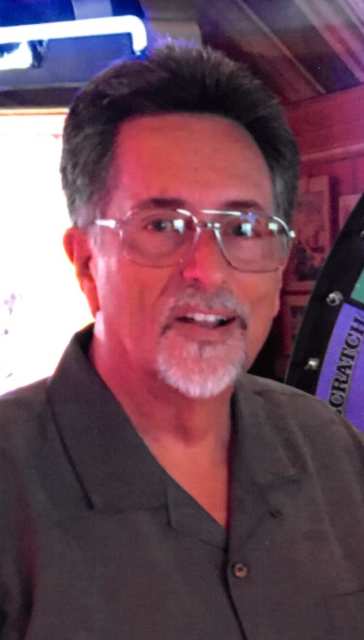 William Merle Wilson January 27, 1944 - October 3, 2018 William was born at St. Vincent’s Hospital in Los Angeles on January 27, 1944 to William Glenn Wilson and Livia Zenaida Wilson. He graduated from the California Military Academy in 1958 then attended Westchester High School and graduated in 1961. As a child he worked summers at his father’s business, Woodson Tool Company. After graduating high school and while attending Santa Monica City College he was hired to work at North American Aviation, the company his father worked for before co-founding his own business. He left school to pursue a career and worked there from 1962 until 1965 in their Data Processing Department. He married his first wife on July 11, 1964. His first child, William Theodore Wilson, was born on Sept 1, 1968, and his daughters Tricia Ann Wilson and Tammi Christine Wilson, were on June 9, 1971 and December 17, 1974 respectively. After working at North American Aviation he moved on to work for United California Bank where he started as a Computer Operator but eventually became the Assistant Manager of Operations in their Business Services Division. After the division was sold to another company in 1974 he began working at Transamerica Information Services. In 1978 he left to become the Manager of Data Processing at Foster Farms but ultimately resigned in 1980 to become the Manager of Data Processing Operations for American Honda where he helped design their data center in Torrance. He worked there until he retired in 2008. Following a divorce from his first wife, William remarried on October 30, 1982 to June Eileen Addleman, to whom he would remain married for the rest of his life. They had their daughter, Tracy Robin Wilson on February 10, 1985. He became an avid USC fan and supporter of the USC marching band after his daughter, Tracy, attended the school from 2003-2007. Following his retirement from American Honda, William enjoyed traveling the world with his wife. Together they sailed on 103 cruises on Carnival Cruise Line. Together, and with multiple friends, they also explored multiple locations in south-east Asia, Africa, South America, Europe, and Australia. William is survived by his wife June Wilson; his sister, Jacqueline Wilson Skalski; his son William Theodore Wilson; his daughters Tricia Wilson Farmer, Tammi Christine Wilson-Barahona and Tracy Wilson Pierce;, five grandchildren, and one great-grandchild. Bill was able to experience and enjoy everything he dreamed of and more. He made a lasting impression on everyone who met him. We are grateful for the time we had with him and the memories of his love will be with us forever. A service in his remembrance will be held on Saturday, October 13 at 3:00 pm at Rice Mortuary located at: 5310 Torrance Blvd. Torrance, CA 90503 (310) 792-7599 Anyone wishing to send flowers is asked to please send them to Rice Mortuary.