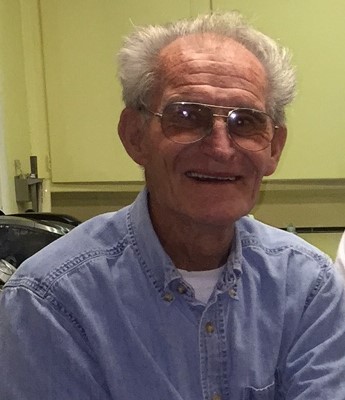 William Joseph Gaugler, 85, died Sunday, May 3, 2015 in Torrance following a brief illness. William is survived by daughters Kathy Gaugler-Seymour, Laurie Bois, Christi Denton, Julie O'Brien and Gina Gaugler-Christie; son Steve Gaugler; eighteen grandchildren; four great grandchildren; and many close friends. Born and raised in Inglewood, the son of William Louis Gaugler and Coletta Schmitt- Gaugler, he was a lifelong resident of Torrance, second generation born in the Los Angeles area. In his early years, William spent many hours at the family used car business where he developed a passion in restoring antique automobiles. After graduating from Dorsey High School in 1949, he enlisted in the Air Force and served overseas. He met his wife, Theresa Wereb, at a church event and they were married in 1954. After attending a trade school he pursued a career in Typewriter Sales and Repairs becoming owner of "Weber Typewriter Services" for over 30 years. He not only took pride in his business, but truly relished the friends he made during this period of his life. Over the years, he was an active member of St. Lawrence Martyr Church and the Harbor Area Model-A Club. A gathering of family and friends will be held on Friday May 8, 2015 at Rice Mortuary, Torrance, CA from 5:00pm until 9:00pm. The Service will be held at St. Lawrence Martyr Church on Saturday May, 9, 2015 at 1:00pm. William will be laid to rest at Green Hills Memorial Park.