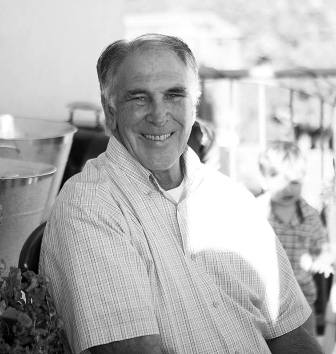 It is with great sadness that we announce that William Joseph Dessert, Jr. passed away suddenly at his longtime Torrance, CA home on September 13, 2017. Duffy, as he was known by all, was first-born of 14 children to William J. Dessert, Sr. and Catherine E. (Pilon) Dessert on October 10, 1942, both of them predeceased in 2006 and 2007 respectively. He was the absolute joy of his parent’s life always demonstrating tender care and responsibility for his younger siblings. Duffy will always be the best, sweetest big brother to Mike (Sarah) Dessert, Judy (Mark) McQueen, John Dessert, Cathy Dessert, Joan (John) Stimpfig, Paul predeceased in 2009 (Sharon) Dessert, Louise (Graham) Inder, James “Beany” Dessert, Tom (Gail) Dessert, Jane (Mike) Beltran, Molly Dessert, Jerry (Melissa) Dessert, and Ruthie Dessert. Duffy met the Italian beauty and love of his life, Donna Mangiagli Dessert, in 1960. They had 8 sons, David (Gail), Steven (Jennifer), Brian, Benjamin (Tiffani), Michael (Rosell), Nicholas (Monica), Joshua (forever an angel), and Adam (Adrianna). Donna reluctantly left this brood in Duffy’s able hands in 2000. Duffy never stopped missing his Donna and now they are reunited with their angel, Joshua. He worked at North American for over 45 years supporting his family in an environment of hard work, hard play and the best Italian food a family could enjoy courtesy of Donna. He retired in 2006. He also spent endless nights (and early mornings) delivering papers with Donna for the Daily Breeze. Duffy and Donna raised some of the best athletes the South Bay has ever seen. He was an exemplary husband, father and grandfather and always a faithful child of God. His family grew with his loving daughter-in-laws and 9 grandchildren, Jessica, William and Ella, Jasmine and Tristan, Sira, Simeon and Sawyer, and Brianna. Big family Christmas and birthday celebrations and Sunday dinners were the light of Duffy’s life and he was a BBQ master. There was always enough for one more! In recent years, he took incredible pride in the renovation of his home with the help of his daughter-in-law, Adrianna. Duffy loved to fish and hike in the High Sierras (Mammoth Lakes and beyond) with his sons and did so this past summer. He also spent the recent Lunar Eclipse with his best friend and brother, Mike, in Idaho. Mike’s wife, Sarah and their children and Duffy’s sister, Cathy, had the time of their lives witnessing this “once in a lifetime” event. He lived life to the fullest! Duffy leaves dozens of nieces and nephews (133 to be exact) who loved his gentle ways, sweet kisses and incredible bear hugs. He also leaves countless neighbors, friends and co-workers who have always loved him dearly. Words cannot describe the loss we all feel. Arrangements are being handled by Rice Mortuary in Torrance. A vigil will be held on Tuesday, September 19, 2017 at 7 pm. Funeral mass will be held on Wednesday, September 20, 2017 at 10 am at St. Catherine Laboure Church 3846 Redondo Beach Blvd, Torrance, CA 90504.