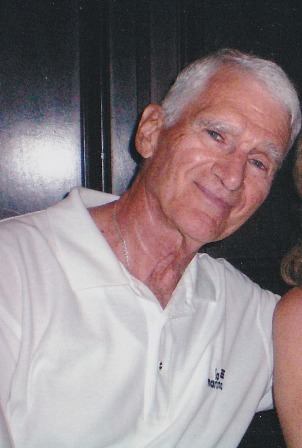 William "Bill" Jerome Joseph Skura, age 84, of Los Angeles, California died peacefully on January 28 surrounded by his family. Bill was born on September 6, 1932 in Lorain, Ohio. He was the only child of Mary Erdei and Sylvester Skura. Bill loved sports and played football, basketball and baseball at Lorain High School. After graduation, Bill joined the United States Navy where he served as Boatswain's Mate Second Class on the USS Roosevelt. On September 13, 1952, he married Martha Demich and they moved to Key West, Florida where he continued his career with the Navy. Eventually he was transferred to Long Beach, California. After leaving the Navy in 1955, Bill began working at Hughes Aircraft Company as a warehouse stock clerk. For over 40 years, Bill held various positions including Intelsat IV Program Manager which led to a four-year overseas assignment in England. Bill was a fun loving, extremely hard working, active, and charitable human being. He made immediate friends with strangers, loved to watch westerns and musicals, filled the house with his singing and wrote poems to commemorate family events. On the weekends, he watched sports from football to golf. His favorite teams were the Cleveland Browns, Cleveland Cavaliers, UCLA Bruins, University of Oregon Ducks and Ohio State. He was hoping the Atlanta Falcon would win the Super Bowl. Bill is survived by his wife, Martha, his two daughters, Sharon and Diane, his three grandchildren, Lauren, Cooper, and Kallyn, and his two sons-in-law, Ron Botelho and Bob Ehlers. He is also survived by his six furry grandchildren including Curlee, Smokey, Cosmo, Ozzie, Angel and Calvin.