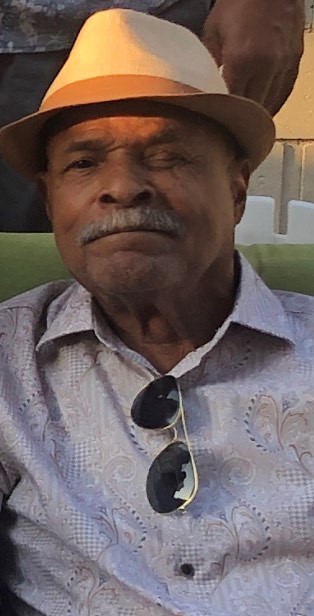 William James Stowers Junior was born on October 3, 1950 to William James Stowers and Melba Jualyn Stowers in Honolulu Hawaii. William was the second child of six raised on 51st Street in Los Angeles, California. William went from a child to a man in no time. Having to aid and care for his siblings while attending Manuel Arts High School. He was a provider and protector for his siblings, extended family, the neighborhood and childhood friends. Making sure everyone needs were met, keeping childhood friends from joining gangs, assisting and advocating for his family and the families on 51st. Street. William and his brothers were known as the Stowers boys.

William was a hard worker and never hesitated to give a helping hand rather it be employment thru him at the Olympic Auditorium, Interstates Brands or him finding a side job for the neighborhood kids. William James Stowers Junior was an Innovative Influencer to his family and his community. William was a man who marched to the beat of his own drum, a brave and fearless man. A kindhearted man who wore his heart on his sleeve. Gave unselfishly to everyone without wanting nor asking for anything in return. He was assigned many tasks in his life without a role model or coach. He took on every challenge and accomplished them all with no regrets.

William was the most handsome man on 51st Street and all of the girls liked him. He had eyes for the most gracious young lady, whom moved onto 51st Street and Pamela was her name. Of course, he had no competition and no one was up for the challenge. Soon he and Pam were boyfriend and girlfriend and there after became husband and wife. Together they created four children Danette, William the 3rd, Brian and ten years later Beau came along.

William continued to be active in his family and neighborhood families lives. Showing his younger siblings and childhood friends how to be your own person, a proudful individual and to never be afraid. In 1979, William moved his family from the Los Angeles area to La Puente, CA where he made a life for his family. In 1995, he and his family relocated to the Antelope Valley in California.

William lost the love of his life, Pamela in 2002. William spent his later days watching his grand and great grandchildren grow, sharing his love and continued to leaned a helping hand when ever needed.

William was an organ donor and was able to help at least 100 people by donating his bone tissue, eye corneas and pericardium, even in death he continues to help others.

In his last week of this life; William kept his independence, integrity and moral compass as a man of steel. William, Dad, Pocat, Junior was preceded in death by his beloved wife Pamela, grandson Peyton Stowers parents William and Melba Stowers, nephew Cornell Stowers, mother-in-law Ethel Johnson and sister- in -law Myra Gustave and Marilyn Stowers and brother-in-law Melvin Johnson.

He leaves to cherish daughter Danette and her husband Henry, son William the 3rd and his wife Sandra, son Brain and his wife Misty and youngest son Beau (My Buddy), grandson’s Phillip (My Bestest Buddy), Krishjeyn, William, Lu Ring, Gabriel and Jameson, granddaughter’s Ashley, Nadia, Savannah, Kylie and Gilliann, great-granddaughter Londyn, his brother’s Michael, Stanley, Gerald and his wife Janice, Charles and his wife Joanetta, his sister Elizabeth and brother-in-law Glen Johnson. William has a host of love ones, cousins, nieces, nephews other loving relatives and friends.