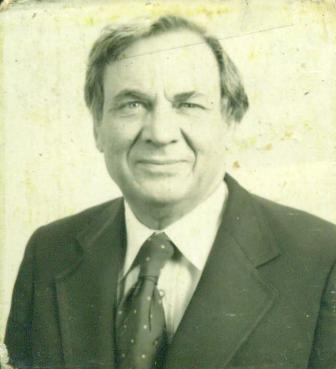 WILLIAM HENRY MULLINS IN LOVING MEMORY… William (Bill) Henry Mullins Jr. of Manhattan Beach, California, passed away early Thursday morning, September 25th. He was born June 25, 1921 in Dallas, Texas to William (Senior) and Dora Mullins. The family later moved to Kerr, Texas, where Bill grew up. He played football for his high school and after graduating from Tivy High decided to join the Navy. He was in the engine room of the US Tangier the morning of December 7, 1941. After being among the survivors of that attack, he was sent to Southern Methodist University for officer training. During a bus trip during that time he met a beautiful young lady and in March 1945 he married Violet Hazel Jones of Oklahoma. They were still married at the time of his passing, almost 70 years later. In early 1945 he left his wife behind and joined the forces intended to invade the mainland of Japan, when the atomic bombs were dropped on Hiroshima and Nagasaki. Only days after the bombing of Nagasaki, he was among the first Americans to visit the devastated city. Returning to the States, he graduated from Texas A&M and then Stanford University. His first career was as a teacher of engineering at the University of New Mexico, and then he began a career as a radar engineer for what was then Hughes Aircraft, a career from which he would retire after 35 years. During that time, he led the development of the radar system for the F15 jet, and that venture eventually brought him to join colleagues in a joint project with Mitsubishi Heavy Industries in Kurashiki, Japan. Lifelong Japanese friends became part of the larger "Mullins family" as a result. After finding employment at Hughes, he and his wife Violet found a home in the then developing community of Manhattan Beach and went on to raise three children there: Chalon (born 1952), Chris (born 1955) and Carrie (born 1957). They survive Bill, along with Chalon's wife Sandy and their two sons, Ryan and Conor. William was predeceased by his two younger brothers, Lynn and Burel, both of Texas. Deep appreciation is extended to Homewatch Caregivers and Dick Williams for assistance in caring for Bill in his last two years, as well as the dedicated staff of Disabled Veterans. Everyone who met William Mullins encountered a man of depthless kindness and intelligence. His life story encapsulates a large part of the American 20th century experience. Services will be held 1pm Tuesday, September 30th at White and Day in Manhattan Beach.