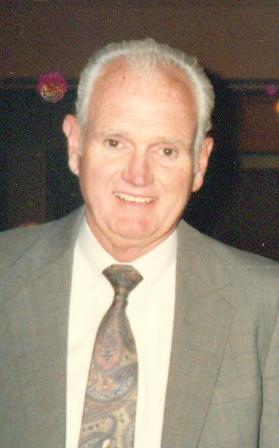 William H. (Bill) Sutton Our husband, father, grandfather, friend and life coach passed away on June 3, 2014 at the age of 84. Born and raised in Los Angeles, Bill graduated from Manual Arts High School in the winter of 1948, served in the US Army Signal Corp during the Korean conflict, and obtained engineering and business degrees from George Washington, UCLA and USC where he became a lifelong Trojan and SC football season ticketholder. Bill was devoted to his loving wife LaVon for 61 years, cherished and respected by his two sons, Jeff and Greg, and by his daughter-in-law Laurie. He was most proud of his grandson, Graham, always entertained by his youth sports and adventures. While raising our family in Hawthorne he was very involved in the Holly Glen community, coaching Pop Warner football and Little League baseball for many years. Bill's 40 year engineering career began with Garrett AiResearch where he participated in many space, military flight, turbo and high speed train programs. During his tenure at the company he loved, it changed names to Allied Signal and finally Honeywell when he retired in 1992. Bill had many passions, volleyball on the beach in Hermosa; weekends at the family cabin in Running Springs; off-road racing in the deserts of Baja; camping and trout fishing in the Sierra's; big game fishing around Cabo/Buena Vista Mexico; weekly tennis matches at Alta Vista park and traveling/cruising the world with LaVon and their many friends. He was a past president of the Westchester 20/30 club and proud member of the Manual Arts Toilers Club and South Bay Athletic Club. A very special thanks to his care givers, Victor Mariñas , Lito Maglalang and Mina Trinidad; the team of UCLA clinical trial doctors, nurses and administrators that assisted dad for the past two years, Dr. John Glaspy, Christine Kivork, along with his long time primary care physician Dr. F Lee Reitler. An informal/casual gathering of friends and family in celebration of Bill's life will be held on June 28, 2014 between 3 and 5pm at Rice Mortuary, 5310 Torrance Blvd, Torrance, CA 90503. The family requests that in lieu of flowers, donations in the name of William Sutton be made to a charity of your choice or to Bill's favorite organization, USC Viterbi School of Engineering by calling (213)821-2921. Please raise your glass with your favorite scotch, beer or wine in honor of our dear Bill while enjoying music from the Big Band era. We love you dad!