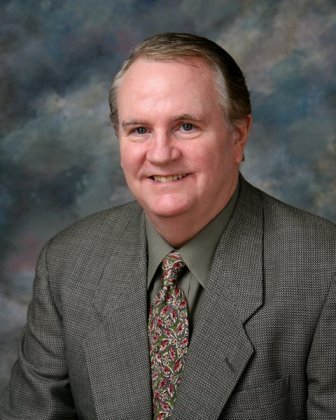 WILLIAM CHARLES SECKINGER JR. 11/20/1951-- 02/04/2014 William C. "Bill" Seckinger Jr. went to be with his Lord and Savior on February 4, 2014, at the age of 62 in Torrance, CA, after an unexpected battle with cardiopulmonary disease. He was a loving and devoted father; husband, brother, friend and colleague. William was born on November 20, 1951, at Presbyterian Olmsted Memorial Hospital in Los Angeles, and spent his childhood with his sister and parents in Torrance, CA. He attended South High School in Torrance, received his B.A. in Classical Literature and Civilization with honors at the University of Southern California (USC) and his M.B.A. in Marketing at the Anderson School of Business at UCLA. His passion for marketing and advertising propelled William into a highly successful career with executive-level responsibilities at an early age. His expertise in marketing for the restaurant industry was evident in his positions as Regional Marketing Director for McDonald's, Director of Marketing for Denny's, and Vice President of Marketing for Paragon Restaurant Group and later for Garden Fresh Restaurant Group (Souplantation and Sweet Tomatoes Restaurants), followed by Director of Advertising for Black Angus Steakhouses. William's track record of accomplishment with restaurants then crossed over to other industries when he became Director of Marketing for Sears, then in the veterinary field as Vice President of Marketing for VCA Antech. William was respected and loved by his colleagues at work and his teams at each company's advertising agency. It is a testament to his loyalty that many of William's closest friends were those he met as classmates or business colleagues, and their friendships continued for decades, to this day. William's top priority was being a loving father and nothing delighted him more than spending time with his two children. He could often be seen cheering on his children's athletic and academic endeavors, and being a supportive presence as they pursued their dreams. More than anything, William and his wife of 20 years, Francey, instilled a deep sense of family, faith, character and compassion for others in their children. He had an unshakeable bond with his beloved sister Linda as a close friend and trusted confident throughout their childhood and adulthood. Linda played such an important role that William turned to his sister in both challenging and good times. William was immensely proud of Linda's accomplishments and worldwide renown as an artist, often sharing photos of her award-winning prints with his family and friends. One of William's greatest personal passions was being an ardent fan of the USC Trojan football team. He cheered on the team for decades as a season ticket holder at the L.A. Coliseum and often followed them to out-of-town games. William loved to read, particularly about WWII and biographies, inspired to learn more about history based on his father's experience as a WWII POW at the infamous Cabanatuan concentration camp in the Philippine Islands, one of 513 POWs rescued after several years by U.S. troops in what is often called the greatest rescue mission and was the subject of the book Ghost Soldiers. Ask any of his friends or colleagues to describe William and almost unanimously people will recall his dry wit and warm sense of humor. He enjoyed seeing standup comics perform at venues such as the Comedy and Magic Club in Hermosa Beach. While he did live for a short time in Chicago, William was proud to call Los Angeles home, residing in the South Bay area including Torrance, Hermosa Beach, Redondo Beach and Manhattan Beach with a small stint in living in the Silicon Valley for 5 years. Throughout his life he enjoyed outdoor activities including cycling, skiing, hiking, back packing and running. William is survived by daughter Alexandra "Aly" Seckinger, 26, a professional chef; son Jeremy Seckinger, 22, a senior at the University of California at Santa Barbara; sister Linda Seckinger, an award-winning artist and Professor of Art at Mississippi State University; and ex-wife Francey Marzicola, a marketing consultant in Manhattan Beach, CA. He is preceded in death by his father Sgt. William C. Seckinger Sr. and mother Luella Elise Belyea, a homemaker. A memorial service will be held on February 24, 2014 at Journey of Faith Church, 1243 Artesia Blvd., Manhattan Beach, CA 90266, at 1 p.m. with a reception immediately following at the same location. William's love of the ocean will be honored by a cremation with burial at sea with a private family gathering on February 23, 2014. An educational fund, in lieu of flowers, to support his children may be made in William's name to the Seckinger Memorial fund at Wells Fargo Bank – Account Number: 2709999763 – Routing Number: 122000247.