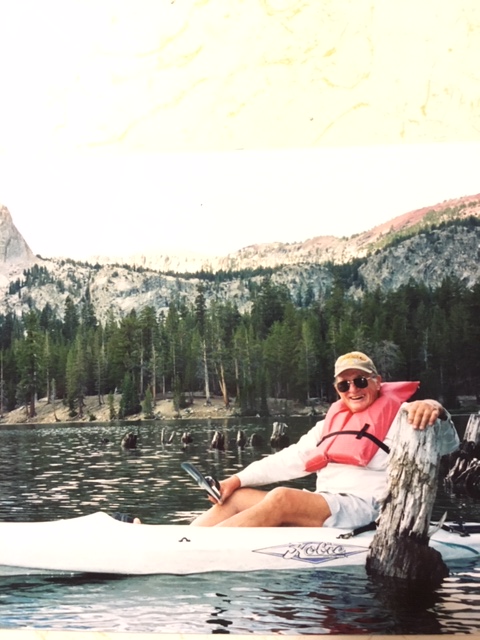 William “Bill” Bert Seaman September 1, 1933- November 29, 2018 Bill passed away at Brickstone Manor in Torrance, California on November 29, 2018. He was born in Connellsville, Pennsylvania to Albert Leroy Seaman and Clara Frances Leichliter. He is survived by his children, Mary Ann Seaman Schiller (married to David N. Schiller), Michael Kenneth Seaman (married to Michelle Preston Seaman), and Carol Elizabeth Seaman; as well as his grandchildren, Meredith Seaman Keisser (recently married to Chris Keisser), Melissa Carol Schiller, Madison Louise Seaman, and Jennifer Elizabeth Schiller; and five of his ten siblings, Paul David Seaman, Ruth Anne Smith, Martha Taylor, Nancy Gibilisco, and Arthur Ray (Seaman) Thorne. Bill grew up in Pennsylvania, primarily in foster homes, and graduated fourth in his class from Milton Hershey High School in 1950. In 1954, he graduated from Elizabethtown College, where he met Nancy Stuckey, whom he married in 1956. After serving two years in the United States Army, he graduated from the Wharton School of Finance and Commerce at the University of Pennsylvania with a Master of Business Administration degree in 1957. Bill and Nancy moved to Southern California in 1958 where they raised their family until their divorce in 1980. Bill was a licensed CPA since 1960 and worked at several large accounting firms, including Arthur Young & Company. He was a member of Financial Executives International and recently retired from his work as an independent business consultant for WB Seaman & Associates. Bill enjoyed sailing, camping, biking (either with his biking club or on the Redondo Beach bike path near his home) and running. He especially enjoyed running the Redondo Beach Super Bowl 10K many times and taking his family members who ran or walked with him out to breakfast after the race. Bill was an avid reader and a big fan of all of the Los Angeles pro sports teams, especially the Dodgers and Rams. Bill’s cremated ashes were scattered over the Pacific Ocean and his family attended a memorial brunch in his honor. Donations may be made to the Alzheimer’s Association on Bill’s behalf.