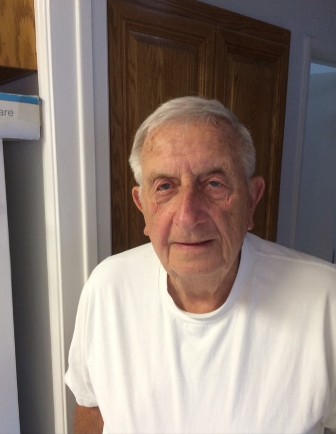 William (Bill) Miller was born November, 4, 1929 to Robert Julian Miller (Louisiana Territory) and Ruth Lewis Miller (Indian territory) in Bokchito, OK. While serving during the Korean War, William met his wife of 64 years (Freida) in Savannah, GA. The two were married January 4, 1952. In November, 1953, William, Freida and a young daughter (Brenda) packed up and headed west to California. They resided in Mar Vista before purchasing their home in Hawthorne in 1955. William was in the grocery business, and, along with his brothers' Frank and Tom, opened Millers' Market. William, Frank and Tom had three store locations (Inglewood, Van Nuys and Santa Monica). The three brothers were in business for over 35 years before retiring in 1988. William and Freida had 5 children (Brenda, Allen, Roger, Jerry and Steven). They had 8 grandchildren (Jason, Tawny, Jeffrey, Jessicca, Rachel, Lauren, Brandon and Cameron). They also had 4 great grandchildren (Jake, Madison, Canen and Olivia). William was an avid sports man and enjoyed watching Angels and Clippers games with two of his sons (Allen and Steven). William was also interested in politics and history. William is survived by his wife (Freida), his 5 children, his 8 grandchildren and his 4 great-grandchildren. William passed away June 2, 2016 due to complications from a fall that occurred at his Hawthorne home on May 29th. Viewing for family and friends will begin at 9:00am and services will be begin at 11:00am in Rice's Chapel this Saturday June 11, 2016 at Rice Mortuary, 5310 Torrance Blvd., Torrance, CA 90503. Burial at Inglewood Park Cemetery, 720 E. Florence Ave., Inglewood, CA 90302 to follow.