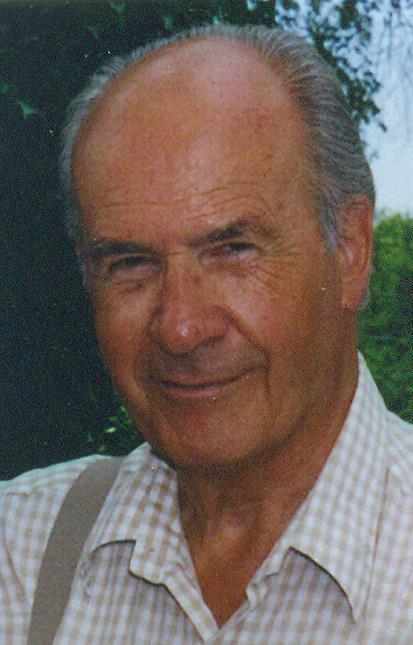 Wilfred Lee On Aug. 27, 1926, in Kansas City, Missouri, Wilfred Charles Lee was born to Anna Belle Marshall and Wilfred Clay Lee. At the age of 87, Wil died in Torrance, California, February 17, 2014. His philosophy? "One day at a time." Growing up in Missouri, mostly in Warrensburg, he attended College High from 5th through 12th grade on the Central MO State campus, where student teachers practiced their skills on the students. Best part of the experience? Getting to use the college library. Always a voracious reader, Wil's favorite topics were history, politics, economics, and news. After high school Wil became a Second Lieutenant at the end of World War II, ending up in charge of some U.S. Occupational Forces in Korea. En route to Korea he saw Tokyo and the devastation of Hiroshima and Yokohama. Also his troop ship weathered a dangerous typhoon. After the war, Wil went to Central Missouri State, practice teaching in his old high school. Total, he taught 40 years of U.S. history, economics, and social studies, first in three Missouri districts, then in Delano and Garden Grove districts in CA, then opened the original Palos Verdes High in CA in 1961 as history dept. chairman, retiring from there in 1990. Always the teacher advocate, he was Palos Verdes Faculty Assoc. President and on the bargaining team and crisis committee, receiving the association's Who Award. He was on South Bay United Teachers Bd. of Directors, SBUT-PAC and was, for awhile, asst. to executive director of SBUT. He was V.P. at Bay Valley Service Center, a rep. to CA Teachers Assoc. and on CTA's Insurance Hearing Panel. Annually he was elected as a CTA rep to the National Education Convention, often at great tourist spots such as New Orleans and Washington, D. C. After 23 years of his first marriage to Vivian Jolly, a pretty lady he met at an officer's club in El Paso when he returned from Korea, Wil then was married 42 years to his fellow teacher, Dottie Gaut. Wil and Dot loved travel, spending their summer honeymoon camping from England to Yugoslavia and Greece. Other summers they crisscrossed the U.S. in their motor home, enjoying historical spots, the grandeur of national parks, and visiting much-loved relatives. A favorite location? Beautiful Lake of the Woods, OR. Wil enjoyed computers and jazz. For 42 years, as Wil and Dottie lived in Redondo Beach, CA, they took many walks along the Pacific Ocean. Wil is survived by his best friend and wife Dorothy Virginia Lee and her brother Dave Gaut's family; Wil's brother Thomas Lee and Tom's family in Ohio; Wil's children Linda Celestine Lee, Richard Douglas Lee, and Cynthia Karen Weiss (all in or near Ashland, Oregon); his grandchildren Dustin and Davin Robertson and Tyson Brownlee; Jessica Ernst, Vivian Miller, and Richard Steven Lee; his great-grandchildren - Anthony, Virginia (Genna), and Constance (Cat) Robertson; Brandon and Britney Robertson; Charles, Brianna, and William Brownlee; Sophia Ernst; and Owen Miller, plus step- great-grandchildren and great-great grandchildren.