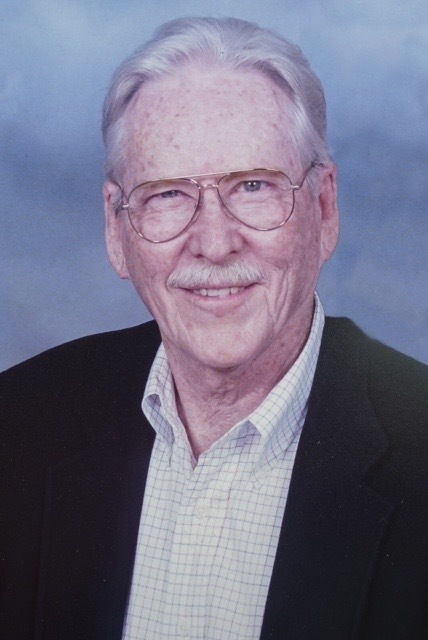 On the afternoon of Tuesday, April 5, 2016, long time resident of Palos Verdes Estates, Wendall Joe Gates, died quietly in his home surrounded by his family due to complications of Alzheimer's disease. He was 88. Wendall was born on September 19, 1927 in North Platt, Nebraska. As a young boy he traveled across the country with his parents Melvin and Francis "Jo" and brothers Melvin Jr. and Donald during the Great Depression to find a better life in California. They settled in West Los Angeles where his father opened a grocery store. Wendall attended University High School, and in 1945, after graduation and aged 17, he left home and put himself through college with the aid of the GI Bill. He attended University of Southern California, Occidental College and California Polytechnic State University San Luis Obispo where he graduated with a Bachelor of Science in Mechanical Engineering in 1951. During his time in college he trained as a naval air force pilot. Wendall married June Brothers, the sister of his high school best friend Ron Brothers, on August 4, 1956. They were married 60 years. After working for Worthington Air Conditioning for 10 years in San Francisco and living in Marin County, Wendall and his family moved back to Los Angeles where he joined Pacific Hide and Leather Company, his father-in-law's firm. He was the Vice President of the company until he retired in 1990. A devoted son, husband and father, Wendall was known to be a man of great character. He was kind, honest, friendly, and had a love for nature and animals; he was a true gentleman. In his younger years he was a expert surfer and skier. But when June's father taught Wendall to fly fish he found his lifelong passion; teaching his daughters, sons-in-law and four grandchildren "the art of the stream". He was also an avid golfer, wine connoisseur and art enthusiast. Wendall was a member of the Palos Verdes Breakfast Club, Silver Eagles Western Art group, and the Tuesday Night Dinner group. Over the course of his life he traveled extensively in Europe and went to Hawaii with June as often as possible. Wendall is survived by his beloved wife June, his daughters, Debora Hass and Wendy Weinberg, grandchildren Hayden and Stephanie Hass, Colin and Tess Weinberg, and his youngest brother Don Gates. A memorial service will be held to celebrate Wendall's life on Thursday, April 28th at 2:00 p.m. at St. Francis Episcopal Church in Palos Verdes Estates. In lieu of flowers, please honor Wendall by contributing to the Alzheimer's Foundation at www.alz.org.