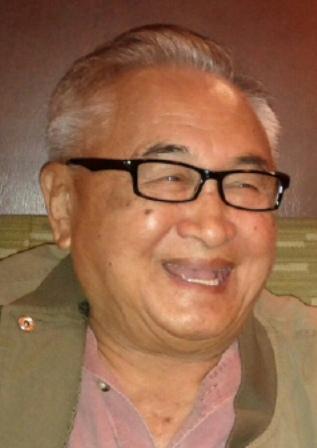 Wenceslao "Wency" Fernandez, 77 was called home to be with our Lord on November 12, 2012. He was born in the Philippines on November 13, 1934 and has been a resident of Los Angeles, California for almost 30 years. Wency is survived by his devoted wife of 57 years, Carmelita Fernandez, sister, Esperanza Barretto, Brother, Lovy Fernandez and 9 children, Marivic, Louie, Menchie, Chona, Chatty, Terry, Rene, Alvin and Myla; Sons and Daughters in law, Gary, Mae-Ann, Viki, Willie, Robert, Joanb and Norman; 16 Grandchildren, Mark, Abby, Xara, Patrick, Ann Louise, Jem, Jelo, Pamela, Andrew, Ienna, Natania, Niko, Mathew, Anjelika, Carla and Joshua; 2 Great grandchildren, Nicole and Euan. He was preceeded in death by his parents, Pascual and Lauretta, sister Julita, Brothers Edmund and Maximo, and his 2 children, Willie and Boe. The greatest joy and fulfillment in Wency's life came from his family. He was there in every aspect of their lives making sure that all his 9 children finished their education and became successful professionals. He will be remembered for his good sense of humor, his loving ways, hearty laughs and his generosity.