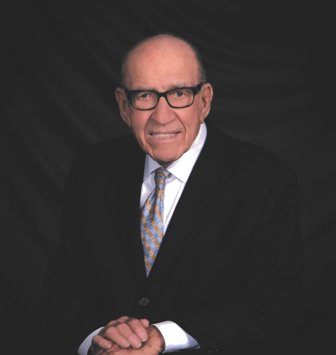 Wayne Francis Burke passed away at his home in Torrance, California, on January 20, 2018, at the age of 94. The passing was peaceful and surrounded by family. He was born to Grace (McCabe) Burke and George Burke on May 30, 1923 in Wagner, South Dakota. After graduation from Wagner High School in 1941 he spent time in Indiana, Michigan and California before entering the U. S. Navy in 1943 where he served in the Naval Dental Corp. After his discharge he returned to Wagner where he worked as a Clerk and Roadmaster for the Milwaukee Railroad. He married Mary McKenna on May 10, 1948 and they moved to California in 1952. There he became an Allstate Insurance Agent, enjoying every day until he retired in 1986. He was very much a “people person” and loved meeting new people, be it at his office, on the street, the queue at Costco, Woods Hardware, Home Depot, or the local pie shop. Wayne spoke the same to princes and paupers. He enjoyed bowling and golfing probably because they gave him further opportunities to socialize. He loved horses, all things cowboy, and always looked at life from the perspective of a farmer; one reaps as one sows. Yet he never judged. He often said his greatest joy was the love he shared with his wife, children and grandchildren. Family vacations were an annual affair. He focused on the positive and loved his family without condition. Throughout his life Wayne gave back to the community: serving as a coach (basketball, track, tennis, swimming, soccer), a Boy Scout Troop Leader, an usher at St. Lawrence Martyr, and leading Christmas missions to Tijuana. Later years were spent walking on the beach, reading, playing Yahtzee and creating/constructing a variety of items; such as wooden toys for grand children, cedar chests for his daughters and granddaughter, and cowboy art for the front yard. Keeping up on his “honey do” list was always a top priority. He doted on each and every request from his beloved wife. Wayne is survived by his wife Mary, his children Tim, Mary Jo (husband Sean), Brigid, and his grandchildren Josh (wife Kristi) and Chelsea. Mary wishes a special thanks to the Hospice team from TMH: Joanne, Lauren, David, and Brian. They provided many comforts to the family during Wayne’s final days. In lieu of flowers the family asks those interested instead (a) buy a meal for a homeless person, (b) donate to “Little Sisters of the Poor” in San Pedro, or (c) donate to “St. Lawrence Martyr Parish Food Pantry” in Redondo Beach. Vigil Service - Friday January 26, 2018 7:00 PM. Lighthouse Memorials & Receptions, White & Day Center, 901 Torrance Blvd., Redondo Beach, CA 90277 Funeral Mass - Saturday January 27, 2018 10:00 AM. St. Lawrence Martyr Catholic Church, 1900 So. Prospect Avenue, Redondo Beach, CA 90277. Reception at Parish