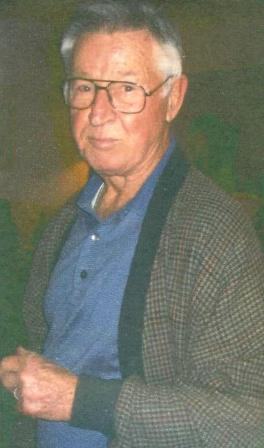 Warren "Ginty" J. Flynn of Hermosa Beach, CA passed away on January 1, 2015. Warren was born August 2, 1927, in New Orleans, Louisiana. He was the eldest of three sons of Cecilia and Matthew Flynn. On July 6, 1957, he married Evelyn Hayden. He graduated from Brooklyn Polytechnic University as a Chemical Engineer. He was inducted into the Brooklyn Polytechnic Hall of Fame for athletic and academic achievements. He served in the U.S. Army during the Korean War. He was assigned to Fort Dix in New Jersey, as a chemical engineer. He worked for many years as a chemical engineer, which led him to settling in California. He was a devoted husband, father, and grandfather. Family was of the utmost importance to Warren. He also loved sports, jogging, and swimming in the ocean. He was a devout Catholic, who attended daily mass. He is survived by his children, Warren (Marlin), Kevin (Cindy), Kathleen (Chip) Jacobs, Eileen (Noel) McDaid; grandchildren, Melissa, Christene, Samantha, Lauren, Emily, Michael, Molly, and Brendan; and brother, Michael. Warren is preceded in death by his wife Evelyn and brother Matthew. Wake services will be held on Thursday January 8, 2015 at 7:00pm at Rice Mortuary, Redondo Beach, CA. A funeral mass will be celebrated at Our Lady of Guadalupe Catholic Church in Hermosa Beach, CA on Friday, January 9, 2015, at 10:00am.