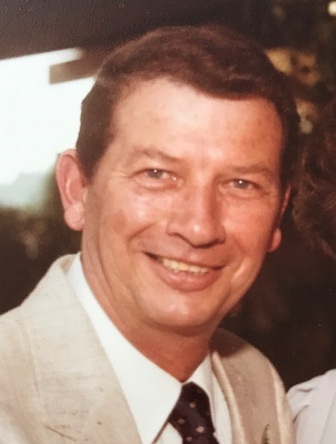 Warren Curtis Sherlock passed away on Monday November 28th from Pancreatic and Lung Cancer. A resident of Manhattan Beach for over 50 years, he had a significant role as a professor and administrator at Loyola Marymount University for 39 years. Born in New York City in 1929, he spent his early days growing up in Hells Kitchen in lower Manhattan where he attended public schools, graduating from Commerce High. During those years, he and his brother Tom sang in the prestigious boys choir of The Cathedral of St. John the Divine as young boys, and gendering a life long love of music. At the age of 17, he moved to Santa Barbara, California where he enrolled as a drama major at The University of California at Santa Barbara. In his sophomore year, he was drafted into the army and served as a combat photographer under fire in The Korean War. Upon his discharge, he finished his degree at UCSB. Soon after, he married the love of his life, Margret Lee Feliz. Together they moved to Washington, D.C. where he pursued a masters degree in speech and drama at The Catholic University of America which was granted in 1957. In the early 1960's, he began his career as a teacher and administrator at Loyola University, where for the next several years he taught courses in speech, drama and television and screen writing. Many of his students went on to productive careers as film and tv writers, garnering dozens of major awards for their work. Shows they worked on and won awards included: 60 minutes, All In The Family, The Jeffersons, The Golden Girls, The Fresh Prince of Bel-Air, Star Trek and The X-Files. Early on, he designed the curriculum for a masters program in television writing which eventually became the present school of film and television at Loyola Marymount University, an internationally recognized film school with graduates throughout the U.S. and over 60 countries worldwide. He also was the Chairman of the Communication Arts Department and served as an Interim Dean of the College of Communication and Fine Arts. In addition, he was a two time recipient of The Cosgrove Chair. He was a beloved colleague and sought-after faculty member and advisor. He is survived by his sons Brian (Ferra) and Scott and his daughter Mary Lee. Also by eight grand children (Matthew, Natalie, Eva, Benjamin, Gabriel, Jordan, Connor, and McKenna) and five great-grandchildren (Marleigh, Elliot, Bentley, Brooklynn, and Blaklie) He is predeceased by his lovely wife Margaret, his parents, Bernard and Madeline Sherlock and his brother Tom. A mass of celebration of his life will be held at American Martyrs Church in Manhattan Beach on Friday December 9, 2016 at 1pm. A reception will follow at O'Donnell Hall. Condolences may be sent to 600 Highland Ave. Manhattan Beach, CA 90266