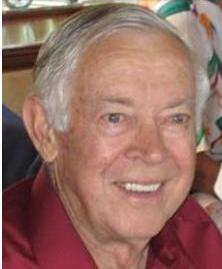 The world lost a nature lover this Labor Day. Walter Beckett, born in Milton W. Va., leaves behind a legacy of love. At 9 his mother, Garnett Beckett, died leaving him an orphan. Four years later he was taken in as a foster child on a farm, where he worked long hours. There he formed his love of nature and his strong work ethic. Later he lived with Sylvester and Vada Mount and family. They treated him like a son. He moved to New York City and found his love in life, Lorraine. They married in 1957 and had three children. He became an engineer, which took the family to California. After retirement from TRW at 57, he and Lorraine enjoyed travelling the world. He loved playing card games and gardening. His garden provided years of fruits and vegetables for family and friends. His kindness, generous nature, inner strength and jokester shenanigans will be remembered and cherished. He was strong in spirit, kind to others, mischievous, wise and full of good humor. He will be forever remembered and loved by his survivors, wife, Lorraine; children: Gary Beckett, Lynn Beckett-Lemus and Melinda Beckett-Maines (Tom); and grandchildren: Connor and Kiralynn Beckett-Lemus and Blake and Max Beckett-Maines. A visitation will be held this Friday from 4-8 p.m. at Rice Mortuary in Torrance. Donations in his memory can be made to Alliance of Children's Rights or Community's Child.