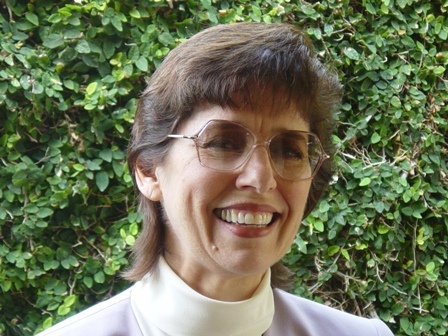 Waldene (Dena) Janz March 18, 1944 – November 16, 2015 Waldene (Dena) Janz was born in Los Angeles, California on March 18, 1944. Her family later moved to Palm Springs where she graduated from Palm Springs High School in 1962. She attended USC and UCLA where she received a BA degree in 1967 with a major in mathematics. Upon graduation she accepted a position as a Scientific Programmer at The Aerospace Corporation (San Bernardino Operations). She married Ron Janz in 1968 and moved to Manhattan Beach in 1972 when The Aerospace Corporation consolidated their operations in El Segundo. She then resigned from Aerospace to become a stay-at-home Mom for her son and a daughter. However, after eight years she decided to resume her career in industry. In order to prepare for the transition she upgraded her technical skills by enrolling in night courses at UCLA. After receiving high marks in these courses she accepted a position at CCI where she gained experience programming real-time control systems. She then returned to Aerospace for a short time as a Computer Systems Programmer, and later accepted positions of increasing responsibility at Northrop, TRW, and Northrop Grumman where she became a Senior Cyber Security Analyst. She retired from Northrop Grumman in 2004 because of health issues. Dena loved to party. She never missed an opportunity to attend one, and frequently entertained at home. After moving to Manhattan Beach her neighborhood Easter brunches were especially popular. She was a sports car enthusiast who loved to drive the family Alfa Romeo Giulia Sprint Speciale. She loved to ski and enjoyed taking the kids to Mammoth over the winter holidays. She enjoyed painting as a hobby and was a serious student of Art History. She loved classical music and looked forward to Sunday afternoon trips to the Walt Disney Concert Hall during the season to experience the Los Angeles Philharmonic Orchestra. She loved gardening. She loved to cook and was an accomplished seamstress who made her own wedding dress. As demonstrated by the bulging closets in her home she loved to shop for clothes almost anywhere, but especially in San Francisco. She loved animals including Gus (a Dachshund she brought into her marriage who hated Ron), Winnie (a Pembroke Welsh Corgi who loved everyone), and Ricky (an African Grey Parrot who also hates Ron). She spent hours preparing special treats for the birds and squirrels who welcomed her presence at the family vacation home in Big Bear. In short, Dena was a remarkable woman who lived life to the fullest. She is survived by her husband (Ron) of 47 years, her brother (Kade) of Yucca Valley, her son (Steven), her daughter (Lisa), and her four grandchildren (Teya, Gavin, Avery, and Peyton) all of whom are grateful for her part in their lives.