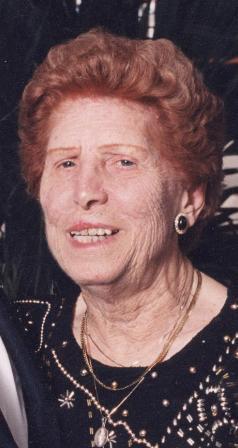 Giacomelli, Virginia Marie December 22, 1920-July 23, 2013 Virginia Giacomelli died July 23 at Torrance Memorial Hospital. She was 92 years old. At the time of her passing she was comforted by her family, close friends and caregiver. Born in Los Angeles to Josephine and Frank Sunseri, she lived her life in the company of family and friends. She had a sister Marie who passed away at age 2 and a brother, Nick, who died in 1997. Virginia attended Fremont HS and Mt. Saint Mary's College in LA. After graduating, she taught in a Catholic elementary school until she was hired to teach in the Hawthorne school district where she retired after 30 years. In 1966 she married the love of her life, Edward (Jack) Giacomelli, Superintendent of the Lawndale School District. They were happily married 43 years. After she and Jack retired, they enjoyed traveling abroad and trips throughout the US. Virginia is survived by her cousin Alma Teresi Pennino, inlaws Ron and Yolande Giacomelli, FL, Roy Giacomelli and family, IL and the grown children of her cousins, Marie, Alma, Beatrice, Nanette and Sal, who fondly called her Aunt Gina. She never forgot a birthday and was always ready for the next adventure . . . . Services will be held on Monday, August 12 at Calvary Catholic Cemetery at 12:30pm. We love and miss you, Aunt Gina.