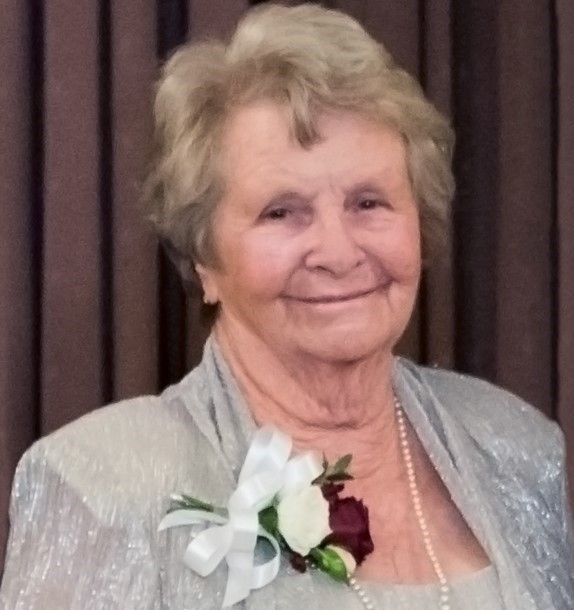 Virginia Diane Young, 86, passed away on January 15, 2021 in Torrance, California following a brief illness. Diane, as she like to be called, was born in Bakersfield, California on May 16, 1934 to Leo and Yvonne Bergin.

Outgoing and friendly, Diane never met a stranger. Diane was known for her sense of humor and an infectious laugh that, once started, was hard to stop. A lifelong Catholic, Diane was an active member of Our Lady of Guadalupe Catholic Church in Hermosa Beach, California.

Most of her early years were spent on the family ranch in Fallon, Nevada, where she grew up with her four siblings Bud, Linda, Donald, and Kathleen. Diane loved to share her many fond memories of those early years with her family. In her twenties, Diane lived in Los Angeles, California where she met Robert Alford Young, whom she married on April 1, 1956. In 1960, they moved their young family to Redondo Beach, California. Together, they raised five children.

In 1986, Diane went on a mission retreat with her close friend Betty to a little village, Tlacoachis, in the mountains of southern Mexico. Diane fell in love with the village and its people, returning two years later to serve as a missionary for 24 years. Those years in Mexico were some of the happiest of her life and the lives she touched were countless. Lovingly known as “Madre Diana” to all in the surrounding mountain villages, Diane traveled to these remote villages to find those in need of eye, ear, and cleft palate issues and take them to doctors for care. Diane worked closely with many organizations, such as the Smile Network International, serving as their “boots on the ground” and helping their programs to succeed. In addition to her medical ministry, Diane was instrumental in the creation of two boarding schools in the village of Tlacoachis, where she sponsored many children and aspiring, young priests.

In her later years, when her service to others in Mexico was complete, she returned to California to be close to her children and grandchildren. She continued her missionary work at Brookdale Senior Living, where she helped others, started prayer groups, and took communion to the homebound. She continued this work until her passing. Diane’s journey was the embodiment of Christ-centered life.

In addition to her parents, she is preceded in death by husband, Robert (Bob) Young and sister Linda (John) Lloyd.

In lieu of flowers, the family asks that donations be made to either, Smile Network International or Presentation Sisters in Aberdeen, South Dakota.