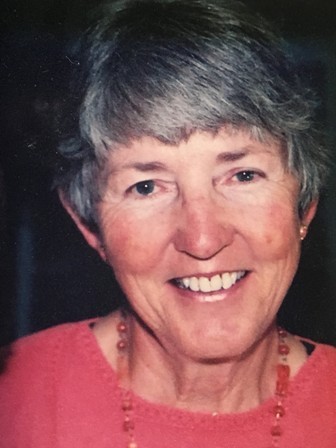 Virginia (Ginny) Ann Bohney, age 75, went to heaven on March 20, 2016 with her family at her side. She was a farm girl, born on July 27, 1940 in Mingo, Iowa. Ginny had a great sense of humor and always offered a kind word. She was a grateful person, who was quick to smile, laugh and offer encouragement. Ginny was an outgoing and athletic individual who starred in basketball and played trumpet at Mingo High School. Upon completing high school, she enrolled at Loretto Heights College in Denver, CO where she earned a BS Degree in Nursing. In 1962 Ginny moved to Los Angeles, CA where she relished the atmosphere for adventure. She skied, flew airplanes, played tennis and served as an emergency room nurse. As destiny would have it, she met her husband of 49 years at the beach on the volleyball court. She and Kenneth Bohney (Schererville, IN) were wed in Colfax, IA in 1966. The couple settled in Redondo Beach in 1967 and started a family. She later earned a Master's degree in Public Administration from CSUDH and served many years in the medical field in the areas of home health and hospital administration for Kaiser Permanente. As avid adventurers, cyclists, golfers and runners, she and Ken traveled extensively, enjoying bicycle tours of eleven different countries in their retirement. She enjoyed listening to broadcasting legends Chick Hearn and Vin Scully. Ginny & Ken attended Mass almost daily at St. Lawrence Catholic Church where she served as a Eucharistic Minister for over 30 years. She regularly told her boys she was praying for them (and she meant it). The youngest of 5 children, she was preceded in death by her parents Daniel and Marie Maher, brothers Daniel and Donald. She is survived by her sisters Katherine Pellett (Atlantic, IA) and Alicia Jennings (Mountain Home, AR), her three sons, Kenneth Bohney (Vicki), Kurt Bohney (Carolyn) and Christopher Bohney (Lynne). She leaves behind 6 adoring grandchildren- Ryan & Kasey Bohney (Redondo Beach, CA) Victoria, Kenneth & Reese Bohney (South Jordan, UT) and Clark Bohney (Ventura, CA). The family would like to thank the very special caregivers who helped make her final years of life much more pleasant. Angel, Camille and Annie…thank you. In lieu of flowers, the family requests donations be made to Alzheimer's – Greater Los Angeles (http://www.alzgla.org). A family visitation will be held at Rice Mortuary at 5301 Torrance Blvd. in Torrance from 6-8pm on Monday March 28. The memorial Mass will be at St. Lawrence Martyr Catholic Church at 1950 S. Prospect Ave. in Redondo Beach on March 29 at 10am.