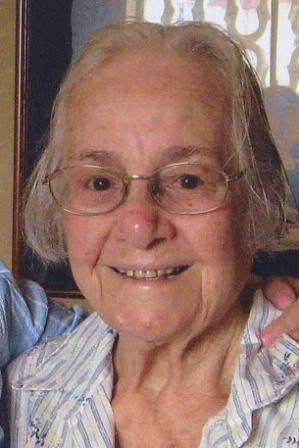 Never Forgotten On November 20, 1922, Viola and her twin sister Vincenza made the world a better place just by their birth. They were born at home in Ozone Park, New York, to Giovanna and Ferdinando Sepe, who had emigrated from Naples, Italy. Mom was very proud of her Italian heritage and loved to tell stories about her childhood with her eight brothers and sisters. Her eyes sparkled when she told how her father was a custom tailor, whose sewing was praised by all. She remembered his singing along with records of Italian opera. She vividly remembered her mother holding one baby in her arms, while at the same time using her foot to rock a cradle that had another baby in it. She spoke about how she had to share a set of books, and even a seat, in school with her twin. She adored her siblings - Louie, later in life known as "Disco Lou;" Terry, who mom always believed was wise beyond her years; Mary, who had beautiful, hazel eyes that matched her beautiful personality; and Mary's twin Millie, who could easily have been on the cover of Vogue. There was Dominic, the muscle man, who was born on Valentine's Day, and returned to Europe to bring the woman he loved to the United States from war torn Germany; and Alfred, the youngest, who always said he wanted to be a priest, or a farmer, and became a priest. They are now with her in heaven, as is the love of her life, her husband Tony. Viola married Tony Greco, who came home from World War II, after being a prisoner of war who was missing in action for three years. They married on April 27, 1946. He received a Purple Heart for his service to his country. They were happily married for 52 years, until dad's death on December 7, 1998. Today, only Vincenza and her brother Bill remain. Vincenza and Viola were so close that they shared the same wedding day. Dad would often say that when their father walked the twins, one on each arm, down the aisle, to Uncle Johnny and himself, he looked like the cat that had just swallowed the canary. Both mom and dad had a special place in their hearts for her brother Bill. Mom and Dad both loved to listen to stories of Uncle Bill's adventures as the most handsome bachelor in New York. By the way, he still is. Uncle Bill, who will only be 90 in August, was looking forward to Mom's visit to New York in November, when mom and Aunt Vinnie would celebrate their 93rd birthday together. Viola and Tony raised five children, Bernadette, Joseph, Alfred, Julienne, and Anthony, who could not have asked for better parents. In 1961, the family moved to California from New York. The story goes that when Dad, who was a mailman, had to jump over a snow bank in freezing weather, he decided in mid-air to move to California. After moving to California, Dad became a supervisor and worked exclusively indoors. In California, Mom worked for Gerilite Lighting Fixtures Inc., as an office manager, with Rudy Susich as her boss. She had grandchildren who loved being around her- Jason, Lindsey, Christopher, Joshua, Sarah, Stephen, Nicolas, Natalie, Betsy Viola, Cheryl, and of course, Jose. Many others called her Grandma. She was looking forward to a visit from her Kentucky great grandchildren- Aiden, Elena, Liam, Olivia, and Orion; and to the birth of her great granddaughter in June, Naomi Violet, her second namesake. She adored her daughters-in-law- Barbara and Michele, and of course, her son-in-law, Stan. She had wonderful friends all throughout her life. For example, she had the best neighbors one could ask for, Jacinto, Letty, and Jose. She loved her neighbor Kitty for countless years. She loved having visits from her relatives and friends: Elsie, who came at least once a year, Lucille, Rachelle and Deanne, Donna, Lorene, Clarissa, Mary Ann and Alan, Buddy and Kathleen, Juliann and her children, Lou and Gene, and so many others. She also loved taking trips to visit her many New York relatives, who on her 91st birthday threw her SIX birthday parties! Everyone loved Mom, and Mom loved us all. She will never be forgotten. When she died, God received a gift.