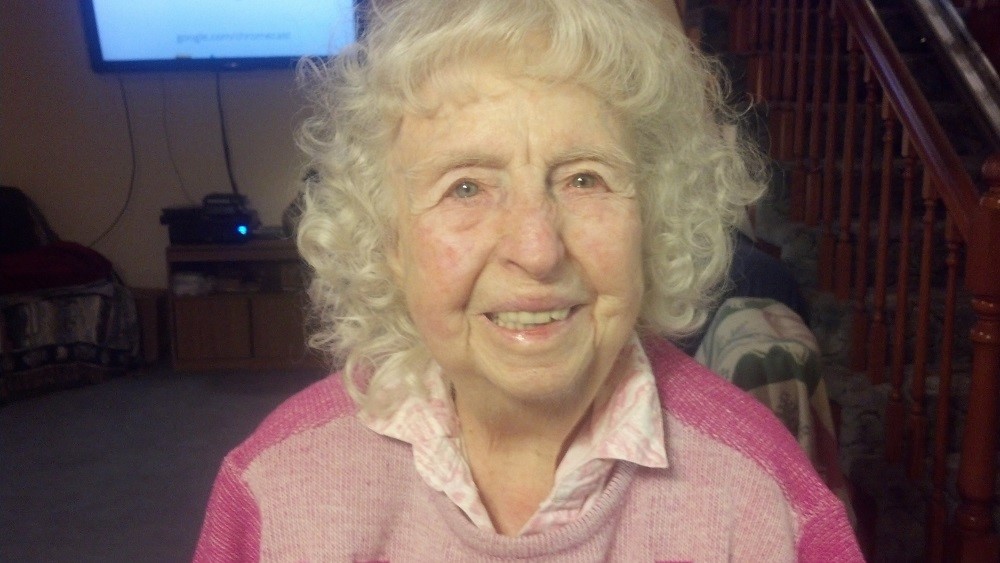 Vila R. Ponsonby, peacefully passed away in her home on Friday January 12, 2018 at 9:40 p.m., just 5 days after her 98th birthday, in Redondo Beach, California. Vila was born on January 7, 1920 in Elmo, Utah to Alma Christopher Mortensen and Maggie Burgess. She gave birth to five living children but an infant son LeRoy and a precious daughter Gladys Laursen have preceded her in death. Vila married in 1936 to Closs Merlin Guymon but he passed away the following year and their daughter, Merlene was born just four months after his passing. Vi married again two years later to John Llewelyn and they had two children, LeRoy and Gladys. The marriage ended in divorce, and in 1946 Vi took her two girls and moved from Utah to Southern California. A few years later she met and married David Ponsonby and they had two sons, Rodger, and Christopher. Vila and David Ponsonby were married for nearly 55 years until cancer took David’s life in 2007. Vila was very active in The Church of Jesus Christ of Latter-Day Saints, serving in many callings including Relief Society President and Stake Missionary. She was also very involved in her community serving as PTA President, President of the Y Wives for the YWCA, and active in the local Senior Citizen Center. She was a volunteer for the Wellness Center for many years. After she raised her children, she ran her own Shaklee business and helped many people improve their health through the supplements she sold, as well as the instruction and encouragement she gave to all of her clients. Vila is survived by a daughter Merlene Stockman, her sons Rodger and Christopher Ponsonby, ten grandchildren, five step grandchildren, eighteen great- grandchildren, nine step great-grandchildren, nine great-great-grandchildren and nine step great- great-grandchildren. She was a devoted wife and mother, as well as a beloved friend to everyone she met. A memorial service will be held on Saturday January 20, 2018 at The Church of Jesus Christ of Latter-Day Saints, 501 N. Rowell Avenue, Manhattan Beach, California. The viewing will be held from 9:30 a.m. to 10:45 a.m. and the funeral service will start at 11:00 a.m. in the Chapel. She will then be laid to rest in the Inglewood Park Cemetery.