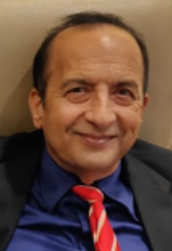 Vijay Saini was born and raised in India and was one of five children. He had two brothers and two sisters. Vijay was an adventurous young boy and loved playing soccer. As he grew older, he yearned to come to the United States and was able to with his oldest sister. He lived in upstate New York where he went to college. After returning back to India and getting married, Vijay came back to the US and had two children, a son and daughter.

He was a hard worker, held many jobs and started his own Sports memorabilia shop. He also obtained an MBA. Vijay loved sports and was a die-hard 49er fan. He loved watching and attending various sporting events, including UFC fights and horse racing with his children and grand-children. Vijay was extremely sociable. He enjoyed spending time with his friends and was quick to make new friends wherever he went.

He was dedicated to his family and strived to be a supportive uncle to his nieces and nephews. Vijay is survived by his sister Sunita, son Ajay, daughter Tina, and four grandchildren who were the light of his life – Keilani, Nicholas, Kiana and Kalia.