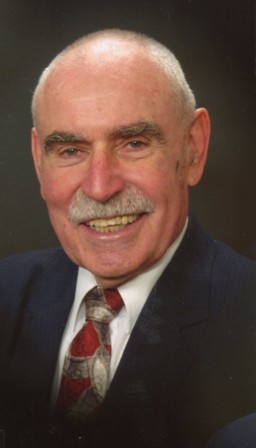 Foster, Vernon Glen February 19, 1925 – May 23, 2013 Judge Vernon Foster passed away peacefully on May 23, 2013 after a year long battle with cancer. He was born on February 19, 1925 in San Bernardino California to Royal Milner Foster and Eliza Jane Patrick. Along with his older brother Walter, the family moved to Los Angeles where they formed several life long friendships. In 1944 Vern joined the Army Air Corps where he served as a radar mechanic and an artillery sergeant, receiving several medals. Upon his honorable discharge from the army, he attended Occidental College and went on to graduate from USC Law School in 1951. He began his legal career as a research attorney to Justice Douglas Edmonds of the California Supreme Court. He later joined the firm of Dryden, Harrington & Swartz, specializing in insurance coverage, civil trials and appellate practice. In 1970 he was appointed to the Superior Court by then governor Ronald Reagan. During his 20 years on the bench he ruled on several significant cases involving complex constitutional issues. He also spent more than 20 years teaching law, including serving for seven years as the Dean of a law school, as well as writing numerous legal treatises. Following his retirement in 1990, he served for 12 years as an Arbitrator, Mediator and Discovery Referee. During his entire legal career, he enjoyed a reputation for being patient, diligent, committed, gentlemanly and fair with a brilliant legal mind. Vern was predeceased by his first wife, Roberta, and in 1977 he married the love of his life, Ines Gari with whom he shared 36 wonderful years. Although he was exceedingly intelligent, he was also humble, kind, generous, patient and fair, a captivating storyteller with an unparalleled knack for telling a good joke. He had a passion for USC football and Lakers basketball, but enjoyed all sports, theater, dining and travel. But above all, he loved his family. Predeceased by his son Ryan, he will be deeply missed by his loving wife, Ines, children, Brad Foster (Cindy), Holly Johnson (Conrad), Robin Overstreet (Joe) and Sergio Montoya (Alisa), grandchildren Koeby, Colae, Caelin, Torrey, Shaeny, Matt, Chris, Rachel and Sarah, and 9 great-grandchildren. He is also survived by his devoted brother, Walter Foster, Walter's children Doug Foster, Stan Foster (Cheryl) and Cindy Winegar (Ben) and their families. There will be a public Memorial Service at 2:00 p.m. on June 15, 2013 at Rice Mortuary in Torrance, CA followed by a private scattering of his ashes at Sea. In lieu of flowers, please consider a donation to Switzer Learning Center @www.switzercenter.org.