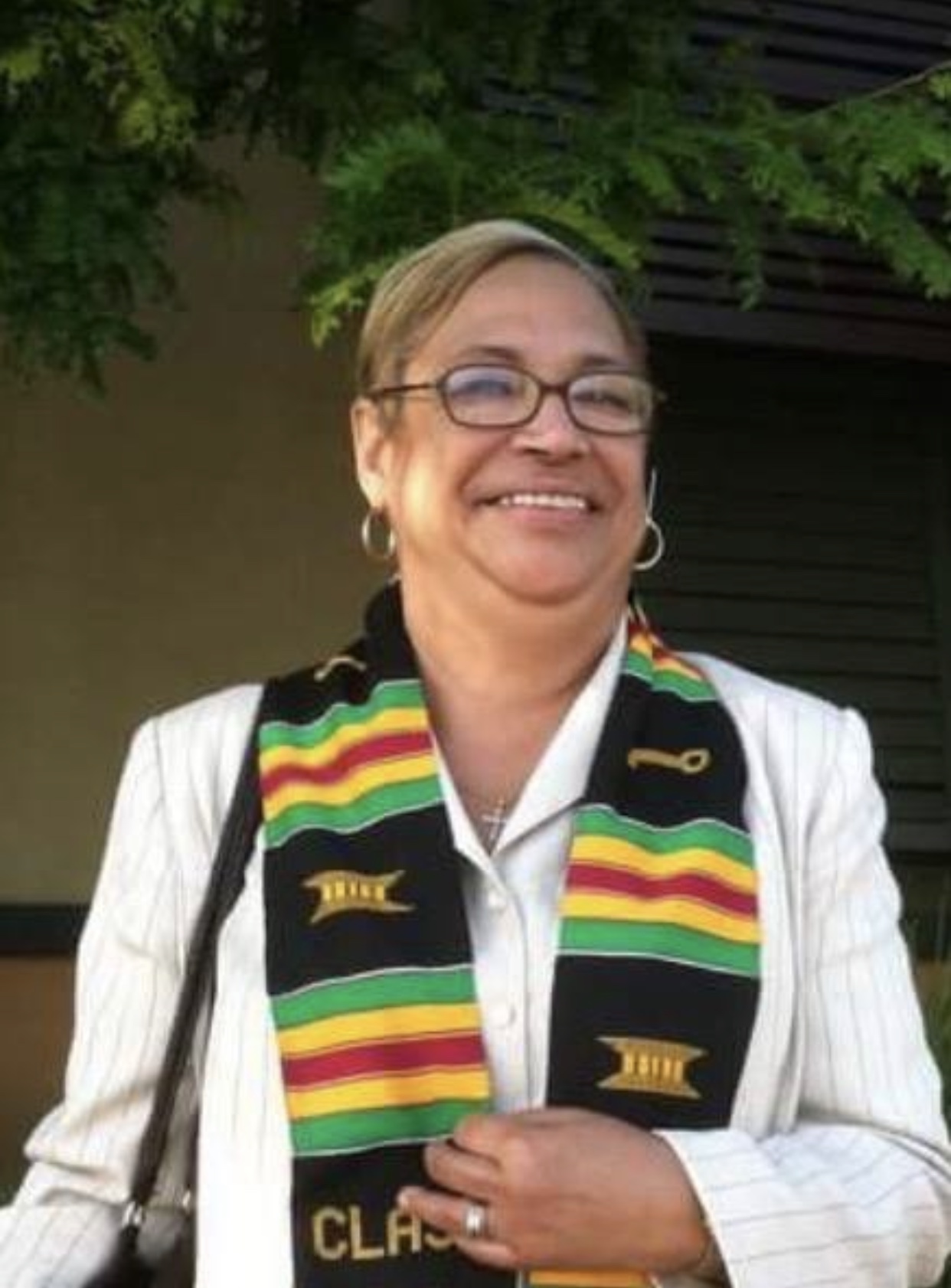 Verna Rita Hardiman was born August 18, 1947 in New Orleans, Louisiana to Vernon and Althea Smith.  Her life was a living example of her favorite bible verse Psalms 118:24, “This is the day that the Lord has made. Let us rejoice and be glad today!”

Family values were instilled in Verna and her 2 siblings Vernon Jr. (1948) and Don (1959) from a young age.  When she was 4 years old the family moved from New Orleans to Queens, New York where the family cherished weekends with her uncle Clyde Smith and host of cousins. She also built an early bond with her aunt Ethel and Uncle Ernest, who took them to the Macy’s parade each year during their time in New York. She had a happy childhood and was sad to leave New York to move to California.

In 1957 Vernon Sr. moved his family to California for better job opportunities. During their first year in California the family lived with Althea’s brother, Burnell Roques Sr. and his family. Vernon Sr. and Althea purchased their family home at 6001 Haas Ave in Los Angeles and Verna attended Saint Brigid’s grade school on 52nd and Western Ave. She was later promoted to St Mary’s Academy.

As a high school student Verna dated Vernon G Calvin who lived across the street.  The young adults married on November 23, 1963.  They welcomed their first born son Michael Anthony Calvin on May 30, 1964 and then Christopher Thomas Calvin, was born September 5, 1966.  The couple divorced in February of 1968.

While Verna raised her 2 sons, she worked hard, and she enjoyed her life with her friends and family.  As a worker for the city of Los Angeles, she worked her way up the ranks to become a case worker.  She later would retire from the Deputy Attorney’s Child Support Office.  Verna loved to go out and have a good time.  She enjoyed spending time with her friends at all of the popular hotspots and restaurants. Verna took pride in spending quality time with her kids by taking them to amusement parks, festivals, concerts, vacation trips, and the theater.

In the late 1970’s Verna met and fell in love with her life partner Lacy W. Hardiman.  The couple were introduced to one another by her brother, Vernon, when Verna was looking for someone to remodel her kitchen. They married on February 23, 1980 and lived a happy life until Lacy passed away in June of 2008.

She cared for her family a great deal.  She cherished her sons, grandchildren, and great grandchildren.  Anyone that ever met her was like instant family.  She lived for hosting family gatherings and cooking for those she loved.  She was extremely proud of her New Orleans heritage and while in California stayed involved in the Los Angeles to Louisiana (LALA) Organizing Committee, Inc.

When Hurricane Katrina hit New Orleans, Verna welcomed her cousin Wanda who was displaced by the storm to California. They both moved back to New Orleans in 2013. Always a part of the solution and not the problem, she decided to invest in her community by purchasing a home in the 9th Ward and inevitability went into the Airbnb hosting business in New Orleans.  She played hostess for her beloved city to all that visited her there.  She could tell you the best places to eat, the best concerts to attend, and the best times to visit.  If you were lucky, she would show you her love by feeding you a home cooked meal.  She loved to love on others through her food, beautiful smile, and welcoming personality. Verna never met a stranger. Anyone that met her had a friend for life.

Verna enjoyed traveling.  One of her favorite places to visit was Hawaii and she went as often as she could.  She enjoyed taking cruises and spent time in Palm Springs and Las Vegas. You could always find her at a bingo game, a slot machine, a concert or in front of the TV in her PJs watching a host of movies or reality shows.

On August 25, in her beloved city of New Orleans, Verna transitioned to begin her new mission; A mission that has allows her to reunite with her parents, her husband Lacy, and her beloved aunt Ethel, who all preceded her in death.