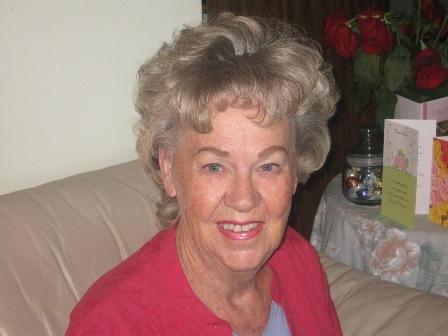 Verna Mae Hoff, a 63 year resident of the South Bay, passed away on Thursday, November 21, 2013 in Torrance. Born in Weslaco, Texas, Verna was 88 when she died. Growing up in Weslaco, Texas, Verna was the middle child of five siblings. She played the clarinet and glockenspiel in the high school marching band. After high school she worked during World War II at the Pentagon in Washington, D.C., in the Supply Chain as a secretary, for sending tanks and other military hardware overseas. Verna met and married her husband of 59 years, Donald Hoff, while they both worked at a radio station in Brownsville, Texas. After moving to Los Angeles, Verna worked for Hughes Aircraft and retired from Northrop Corporation in 1985. Verna enjoyed gardening, shopping, riding bikes and raising her family. She liked to travel, and explore new places. She always liked watching the Dallas Cowboys. Verna was very good at Jigsaw puzzles. Verna is survived by her daughter, Vicki Sabzerou of Torrance, CA; daughter, Valinda Brisco of Redondo Beach, CA; daughter, Terri Richer of Lake Forest, CA; son, Kevin Hoff of Lomita, CA; and six grandchildren, and two great-grandchildren. She was preceded in death by her parents, Henry and Victoria Purl; and her husband of 59 years, Donald Hoff. In Verna's memory, a gathering of family & friends will be held at White & Day Colonial Mortuary in Redondo Beach on Saturday December 7, 2013 from 1-4pm.