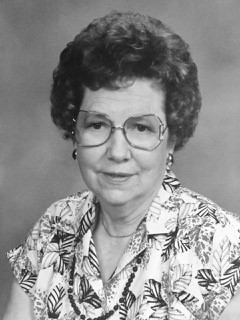 Verda M. Myers, 93, of Torrance, passed away on Wednesday, December 12, 2018 in Thousand Oaks, California. Verda was born in Parnell, Missouri and graduated from Ravenwood High School, Ravenwood, Missouri. In 1945 she married Raymond Anthony Myers and they permanently moved to Torrance, California in 1957 where they raised four children: Ronald, Ramona, Richard, and Robert Myers. Verda was an Avon representative for over 50 years. She treasured her long-time friendships with many of her customers and members of her church, the First Christian Church, in Torrance. She was preceded in death by her husband Raymond Myers; her parents Minnie and Eldon Coffelt; five brothers: Wayne, Wesley, Forrest, Curtis and Williard Coffelt; one sister:Vera Trimble; and son Richard Myers who died on November 22, 2016. Survivors include two brothers Harold and Jerry Coffelt; one sister Lovella Schmitz; two sons Ronald and Robert Myers; one daughter Ramona Rowan; ten grandchildren and four great-grandchildren. The Service will be held on Saturday December 29, 2018 at Lighthouse Memorials and Receptions - White and Day Center, Redondo Beach, CA at 11:00am. A gathering of family and friends will follow in the White and Day Reception Room until 2:00pm. Burial will be at Pacific Crest Cemetery. In lieu of flowers, donations may be made to the charity of the donor’s choice in Verda’s name.