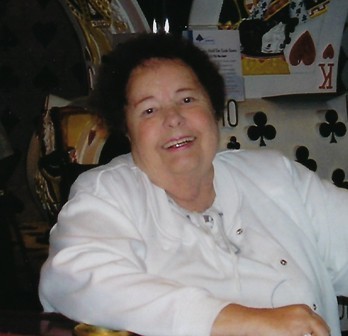 Veragene Stembridge Born Veragene Sanderson on September 26, 1928 in Big Lake TX, Veragene passed away surrounded by her family on February 20, 2017. She was a resident of Rancho Palos Verdes for over 50 years. Married in 1952 to Lt. Col. Edward "Skeeter" Stembridge of El Paso TX, the military life relocated them numerous times over the course of their marriage before being stationed back in CA and making Rancho Palos Verdes their final home. Upon graduating Austin HS in 1945, Veragene attended Texas College of Mines, now Univ. of Texas, El Paso, where she served as business manager for the school's yearbook, was a big sister in Chi Omega sorority, was in the Psychology Club, Beaux Arts and Drum Corps. She graduated in 1949 with a degree in Business Administration. Veragene worked at Sunset Realty as a licensed real estate agent, Finlay's Jewelers in the Peninsula Center and as an administrative secretary at TRW in the International Components division. Veragene loved her family and friends and lead a very social life. She stayed active entertaining, Officers Wives' Club, traveling, gardening, camping, fishing, bowling, cruising and especially loved going to the casinos. For several years after retirement, she stayed busy and volunteered with Meals on Wheels and at the Torrance Memorial Hospital gift shop. Veragene was pre-ceded in death by her husband of 33 years, Edward, and her parents Eugene and Vera (Northrop) Sanderson. Veragene is survived by her two brothers, Paul and Robert Sanderson; daughters Sandra Stembridge, Dana Lowe and Julie Stembridge; four grandchildren Cheryl and Chris Jordan, Allison and Kathryn Lowe. Visitation will be held on March 9th from 3pm to 5pm, with the memorial service at 5pm, Rice Mortuary, 5310 Torrance Blvd. in Torrance. Reception immediately following the service at Rice Mortuary. Interment will be at Riverside National Cemetery, 22495 Van Buren Blvd., Riverside, on March 10, 2017 at 11:30 am.