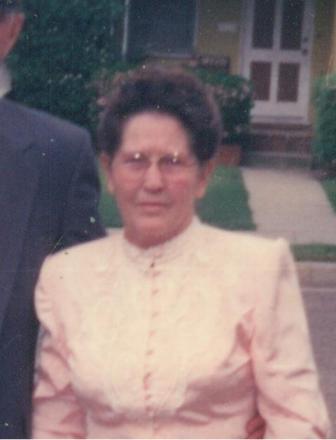 May 2, 2014 Vaudine Owens Vaudine Owens, a 64 year resident of Hawthorne, passed away on Monday, April 28, 2014. She was born in Waterman, Texas. Vaudine was 89 when she died. She had been a member of the Pentecostal Church most of her life and finished her days of worship with Pastor Roberts at the Citichurch in Culver City, California. While raising four children and working full time she attended Los Angeles Trade Tech school in the evenings and received a certificate in fashion, design and pattern making. Once she graduated she began a long and successful career working at Rose Marie Reed and finishing her career working for Lanz Clothing Designers in L.A. She was a dedicated Dodger fan. Few knew that she loved the game so well. It has been said that she was held back a grade in high school because she was one of their star players. We don't know if they took the next years' championship or not. Vaudine is survived by her oldest son William Owens; daughters Bettie Auceda, and Barbara Johnson. She had three grandchildren Sheri Johnson, John Johnson, and Kurt Auceda. They are followed by three great grandchildren Paul, Cody, and Cassie Klintworth. She has always loved her son-in-law John Johnson and grand-son-in-law Paul Klintworth Sr. as if they were her own. And no one more was special than she to them. She is preceded in death by her spouse, Charles William Owens and parents Frances and Katherine Bailey. The service will be held at the Rice Mortuary on Saturday May 3, 2014 at 9:30 am. A reception for family and friends will follow, with internment at Pacific Crest Cemetery in Redondo Beach.