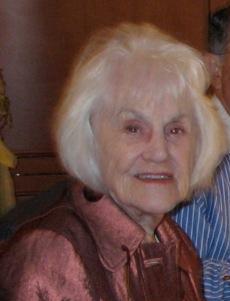 Vatia Harrison Albright, a resident of Mission, Texas and Palos Verdes Estates passed away on Monday, July 2, 2012 in Torrance, CA. Born in Star Valley, WY, Vatia was 94 when she died. Vatia was a member of various professional societies during her long teaching and counseling carrier. In 1974 Dr. Albright earned her doctorate from George Washington University in counseling and psychology and continued to teach at the college level until her retirement. For two years during WWII Vatia served with the American Red Cross Overseas and was stationed in Italy, Germany and Belgium. In her later years Vatia's passion was contract bridge and regularly participated in bridge tournaments. Vatia is survived by her daughter, Geanne Frank of Palos Verdes Estates, CA; son and daughter-in-law, Robert H. (Nikii) Frank of McLean, VA; and seven grandchildren. She was preceded in death by her son, Norman Daniel Frank. The Service will be held at Rice Mortuary in Torrance on Saturday July 14, 2012 at 2pm followed by a Reception in the Lighthouse Room. Burial will be at Fort Sam Houston National Cemetery in San Antonio, Texas on Tuesday July 17, 2012 at 10:30am. In lieu of flowers, donations may be made to American Red Cross.