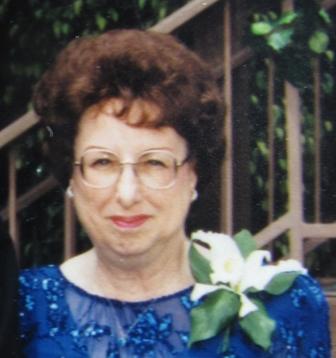 Vanita Dorris Meador Vaughn Vanita Dorris Meador Vaughn was born September 12, 1931 in Portales, New Mexico and was the oldest of five children of Luther and Mittie Meador. The family moved to Gardena, California where her parents worked for the Douglas Aircraft Company in Santa Monica. Vanita attended Leuzinger High School in Lawndale, graduating in 1950. After high school, she attended Woodbury College graduating in 1952 with a Bachelors degree in Business Administration. In October 1952, Vanita began working for the Douglas Aircraft Company, which later merged with the Mc Donnell Aircraft Corporation forming Mc Donnell Douglas in 1967, which in turn merged with the Boeing Company in 1997.Over the years, Vanita worked as an Engineering Librarian, Senior Secretary and Senior Business Operations Analyst. Vanita retired in 1992 after 40 years of work which she enjoyed. In 1953, Vanita met and married LaVerne Lee Vaughn. Their first child, Susan Elizabeth, was born in September. The young family lived in Lawndale, California. They moved into a new housing development in Torrance in 1956. April Paige followed in March, 1959 and Christopher Lee was born September 1960. Vanita was active in the Church of Jesus Christ of Latter-Day-Saints. She held many positions in the Church which utilized her organizational skills and her attention to detail. One of her many callings for the church was as publisher, editor, reporter, artwork, layout and distribution of the Stake Newsletter with a subscription of 2, 500. She also enjoyed forming and manicuring Bonsai trees and genealogy research. Lee passed away January 2008 in Vista, California. Vanita passed away January 7, 2012 in Los Angeles, California.Vanita is survived by her children Susan, April and Chris; three sisters Klavelle, Janelle, Vanelle; and a younger brother, Duane along with three grandchildren Allysa, Alec and Jeremy.