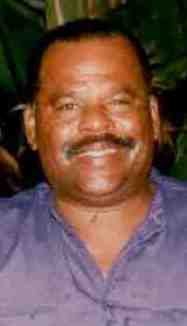 " JAZZ MAN " Ulysses John Moss also fondly known by close friends as just "Moss", was the only child born to the proud parents of Sarah Askew and Ulysses Moss in Los Angeles, California December 9, 1942. John began Holy Cross Grammar School at the age of 5. He then attended Mt Carmel High School where he lettered in football and graduated in 1960 at the age 17. John continued his education at East LA Junior College where he earned a scholarship to several other colleges from which he chose to pursue his education at the University of Utah. Unhappy with being away from family and friends he returned to L.A. and began working on the assembly line for Chrysler Motor Co. After several years there he was then hired by Warner & Lambert where he became one of their most successful Salesman on the West Coast. His marriage to Annette produced the pride and joy of his life the birth of his son David Alan Moss. John met Brenda in 1984. In 1985 John and Brenda were married and shared many loving years together until the death of Brenda in 2005.Baptized a Catholic, John joined the congregation of St Johns Evangelist Church where he then became a member of the Neocatechumenate Community in 1987. Through his walk in the community he made passage to Rome where he was privileged to see Pope John Paul ll. He was also availed the opportunity to visit the shrine of Loreto. In 2006, John renewed his Baptismal vows in the river Jordan, in Jerusalem, Israel. Upon his return from Israel in 2006, he met his current wife Alice and they married in 2008. They spent the next several years traveling where John introduced Alice to his Jazz Community of friends. John was a consummate jazz enthusiast. He was a regular at the Monterey Jazz Festival for over 25 years where he and his Jazz buddies made their annual trip. John was a Jazz lover and historian. John was diagnosis with cancer in 2008 but never let this slow him down. He and Alice continued their travels and enjoyed their time together until travel was no longer possible. John truly loved life, always finding time to enjoy those he loved and the pleasure he found in listening to his Jazz. John is survived by his wife Alice Holmes Moss; son David Alan Moss; five grandchildren: David Moss Jr., Deijah Moss, Dequan Moss, Daylan Moss, Brianna Moss; the First Neocatechumenate Community of St John the Evangelist and a host of relatives and friends. He was preceded in death by his father Ulysses Moss and his mother Sarah Askew.