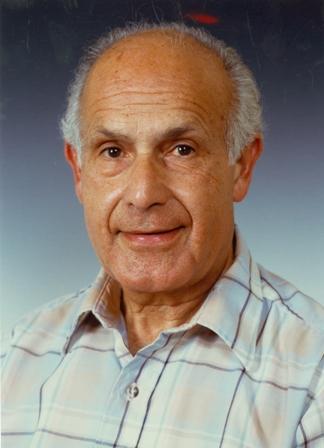 Tony Joseph Gatel, 89, died Tuesday, May 22, 2012 at his home in Lawndale, California. Tony was born in East Youngstown, Ohio, May 7, 1923, the son of Italian immigrants Giuseppe "Joseph" Gattellaro and Teresa Murfia. He was baptized at Our Lady of Mount Carmel church in Youngstown, Ohio. He grew up in Youngstown and Campbell, Ohio attending Penhale Primary School and Campbell Memorial High School. There he worked for Youngstown Sheet & Tube Company and Truscon Steel - Republic Steel. Tony served in the Navy in World War II from 1943 to1946. He was in the Pacific theater on board the USS Indianapolis and the water tanker USS Ocklawaha. He married Betty Ainsley North in 1950 in Youngstown. Shortly after their marriage they moved to Los Angeles, California where their four sons were born; residing in Lawndale. Tony worked for 37 years at McDonnell Douglas from which he retired in 1988 - the last portion at the Aerospace Division in Huntington Beach where he worked on Delta rockets. Tom enjoyed spending time with his grandchildren - often meeting up with them at Disneyland or while attending his grandson's Joe track meets. He also enjoyed working with wood and his sons, daughters-in-law and grandchildren were the recipients of many small wooden animals and dolls, picture frames, planter boxes and other items he handmade and painted. Tony was predeceased by his wife, Betty Gatel, in 2006. He is survived by four sons, Nick (Joyce) of Palm Springs, Gary (Pam) of San Luis Obispo, Tony (Bertha) of Long Beach and Chris Gatel of Lawndale; five grandchildren: Nicole (Will) Folger, Joe Gatel, Rachel Gatel, Dulce Lopez and Carlos Gatel; a sister, Antonette (Henry) Fiorini of Campbell, Ohio; and many nieces, nephews and great-nieces and nephews. Tony was also brother to deceased siblings Maria, Dominic, Katherine, Jenny and Sandy. The Graveside service will be held at Riverside National Cemetery on Friday June 8 at 1:00 pm.