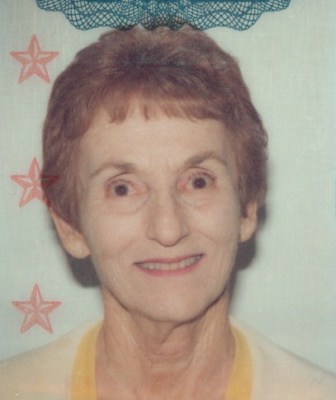 Toni Ann Katsogianes Fernandez Toni was born December 16, 1922 and passed away October 30, 2012 at the age of 89. A lifetime resident of the South Bay (Palos Verdes Estates), she was the daughter of Theodore and Mamie Katsogianes. Toni, a graduate of UCLA and USC, taught for many years at Towers Elementary School in Torrance. She loved retirement. Toni had worked with her husband Amador, now deceased, in the Wholesale Florist business, ordering flowers for the Rose Bowl Parade for many, many years. Remaining family are sister-in-law Dorothy; nephew Theodore; nieces Debbie and Anita; step-daughters Lucille, Esther, and Patty; and friends Norman and Carol Amling. She was also preceded in death by her step-son Richard Fernandez. The graveside service will be held at Green Hills Memorial Park in Rancho Palos Verdes on Tuesday November 20, 2012 at 11am. A Memorial Service will be held at St. Katherine's Greek Orthodox Church in Redondo Beach on Sunday December 9, 2012 at 10am.