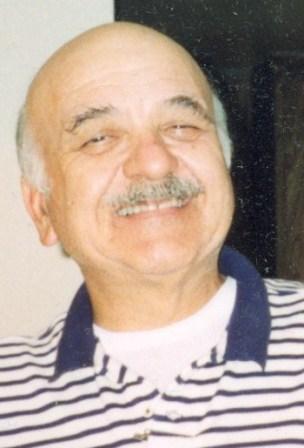 Remembering Barba Thanasi, our Dear Uncle Tom By Alexis Spencer, niece Tom Nickols was the third child and only son born to Peter and Katherine Nickols, in the height of the Great Depression. Tom brought great joy to his parents and his older sisters, Helen and Alex. Tom affectionately called his sisters "Hollan" and "Sissy." Tom lived in a family surrounded by great love, laughter, and rich in friendships. His loving father gathered up the kids on Saturdays and drove them to the downtown Los Angeles Library. As is customary in the Greek culture, wherever the parents went, the children were always in tow. His mother cooked for her adoring family, visiting dignitaries, and the many friends and relatives who gathered in their home on West 39th Street. The Nickols kids, and first cousins down the street, Ruby, Alec, and George, spent many a Saturday afternoon at the movie theater. Peter and Katherine raised their children in the warm, close-knit Greek Los Angeles community. Tom was proud of his Soudenai heritage. Tom graduated from Manual Arts High School and California State University, Los Angeles, with a Degree in Business Administration. Tom, like his father, enlisted in the U.S. Army, desiring to serve his country, which had given so many opportunities to the Nickols family. Tom had great memories of his time at Fort Hood, including tales of his swim instructor, Clint Eastwood. In his younger years, he enjoyed going out on the town with his fun-loving cousins. He worked for the County until his retirement, and became a well-known face on the Redondo Beach Pier. Tom loved his CD music collection and classical movies. He was an outstanding bowler and took up golfing later in life. Family Time was most precious to Tom. He called his sisters several times a week and always inquired about the busy lives of his nieces and nephews: Kathy, Pam, Jim, Bill, Bruce, and Alexis. For many years, Tom shared season tickets to UCLA football games with brother-in-law Bill, and nephew Jim. He never gave his Koumbaro, Doug, too hard of a time when his Bruins competed against the Trojans. Easter, Thanksgiving, Christmas, and weekends were spent with the Carkagis and MacLachlan Clans. Tom inherited from his father a love of watching horse races. He played the Lottery and spent years with his sisters assigning his special numbers and always delegated who was supposed to buy the "Family Tickets" each month. In later years, Tom treasured his extended group of friends. They ate dinner out several nights a week and have been like family for years. Tom also loved going to the Annual Greek Festival at St. Katherine's. Good times with his sisters, their husbands, and cousins, led Tom to Laughlin, Nevada on several occasions. Also joining in on the fun was Rena, Tom's dear family friend from childhood, whose friendship he valued deeply. Tom went to Rena's for weekly coffee and bear claws for years. Anyone who phoned Tom was greeted by his answering machine, "Yassou Patriotes. This is Barba Thanasi." You had to listen to a long recording of his latest joke. He finished his message with a shout, "Efharisto!" Tom was generous and caring to all. He lived a humble life, and was not flashy or pretentious. Tom had a great sense of humor and was not judgmental of others. The family is saddened by Tom's passing, but takes comfort knowing he is in a better place in Heaven with his sister Helen and his parents. Memories of Tom By Rena Cooyas Elliot: • Tom was an avid UCLA football fan and had season tickets for years with Bill & Jim Carkagis. • Tom loved the ocean and was a deep-sea fisherman taking the boat out of Malibu with his Father and later brothers-in-Law Bill and Doug. • Loved his Laughlin getaways at the Golden Nugget twice a year for over eighteen years. He was a constant winner on Keno machines and once hit 5 numbers in the California Lottery, $25, 000, which he shared with his sisters. • He enjoyed having dinners with Redondo friends, who are known as the "Greek Mafia." • Tom knew all the merchants on the Redondo Pier and enjoyed his walks interspersed with conversation. • Enjoyed retirement with his oft-repeated phrase, "EVERY DAY IS SATURDAY." • His dear friend, Rena Cooyas Elliot. had him over on Saturdays for doughnuts, bear claws, and lots of reminiscing. • I remember Tom as a "GENTLEMAN" and a gentle man who saw through hypocrisy and pretension. The Lord's Prayer Our Father, who art in heaven, hallowed be thy name. Thy kingdom come, thy will be done on earth as it is in heaven. Give us this day our daily bread, and forgive us our trespasses as we forgive those who trespass against us, and lead us not into temptation, but deliver us from evil. Amen.