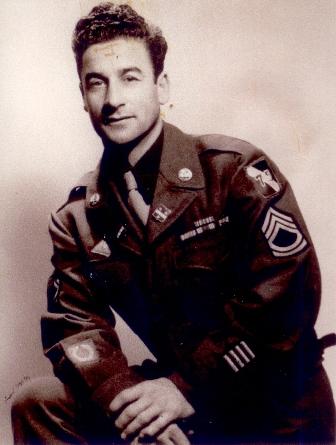 Thomas William Evans October 27, 1917 – February 5, 2012 It is with great sadness that we say good bye to a wonderful loving father, grandfather, great grandfather, uncle and friend. Tom passed away in his home with friends and family nearby. He wanted to go and he expressed that at every opportunity. He knew he had lived a long and good life and he knew he was ready to move on. Those left behind have many fond memories; he will be in our hearts forever. Tom was born in Stubenville, Ohio and moved to Venice, California when he was a small child. He attended Machado Elementary school and Venice High School. He served in the US Army during WWII and was stationed in France and England. He continued service to his country as a reservist in the US Navy. He worked for 65 years as a plumber but never really retired, he continued helping friends and neighbors into his 90's. He enjoyed golf, bowling and Tuesday at Tom's. He will be greatly missed by his son and daughter and their families - Greg and Pam Evans, Jennifer Cassidy (Robert), Wade Romero, Lynn Dee Whittle (Wes), Cassidy, Abbygail, Jerry, Bruce and Tommy Ostendorf, Scott, Andrew, Jake and Kayla Vandermark. His wife of 50 years Margaret Gebhart Evans; two sons Thomas Michael and William Evan; his parents Thomas and Agnes Evans; his brother Frederick and his twin sister Elizabeth predeceased him. He leaves behind many, many good friends that have become extended family. He was loved and will be missed.