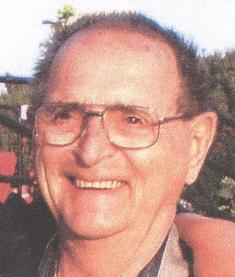 Thomas "Ray" Raynard Powell, a 59 year resident of Redondo Beach, passed away on Thursday, April 18, 2013 in Torrance. Born in Winnipeg, Canada, Thomas was 76 when he died. Thomas was an active member of Alcoholics Anonymous. Ray was a 1955 Graduate of Westchester High School and worked as a Machinist in the Aerospace Industry until his retirement in 1999. Ray loved to travel and camp with family and friends. He was also an avid Square Dancer with his late wife Deeda. He is survived by his sister Doreen (Dave) Shaw; his three children: Lee (Shirin), Tom, Ellen (Clay); eight grandchildren; many nieces and nephews; and one brother-in-law Darel. Ray was preceded in death by his parents Fredrick and Laura Powell; one brother Dennis; one son Ted; and his wife Kaerida (Deeda) (Knudsen) Powell. In lieu of flowers, memorials can be made to Saint Jude's Children's Research 501 St. Jude Place Memphis, TN 38105. A gathering of family and friends will be held Thursday, April 25th from 2:00 P.M. to 4:00 PM at the Pacific Crest Cemetery Chapel in Redondo Beach.